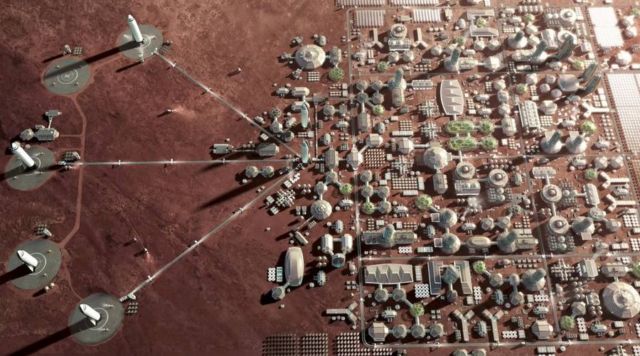 Elon Musk impresses the audience at the 68th International Astronautical Congress, hinting at international as well as interplanetary travel.

Above, artist impression of the big city on Mars.  Credit SpaceX


He explained an interplanetary transport system, that would be downsized so it could carry out a range of tasks that would then pay for future Mars missions.

By 2022, two cargo ships will land on Mars, using robotics to begin setting up power, mining and life support infrastructure and confirming water resources. Two years later, in 2024, two spaceships will carry humans to the red planet, who will begin preparing the base for expansion.

Musk told at the auditorium:

“The most important thing… is that I think we have figured out how to pay for BFR. Which is to have a smaller vehicle, it’s still pretty big, but one that can… do everything that’s needed in the greater Earth orbit activity. I feel fairly confident that we can complete the ship and launch in about five years.”

“Once you are out of the atmosphere, it would be as smooth as silk, no turbulence, nothing. There’s no weather… and you can get to most long-distance places in less than half-an-hour. If we are building this thing to go to the Moon and Mars, then why not go to other places on Earth as well.” 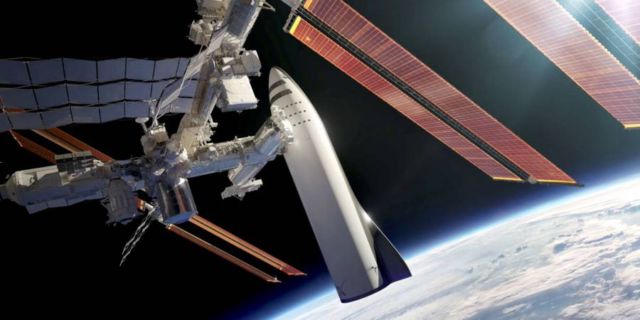 Artist’s impression of the ITS (BFR) conducting a service run to the ISS.  Credit SpaceX 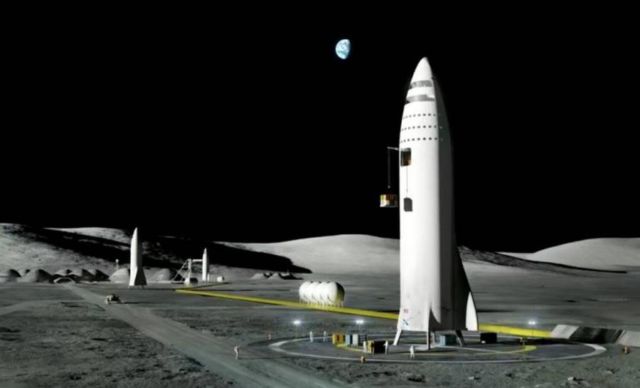 Artists’ impression of Moon Base Alpha, SpaceX’s envisioned lunar outpost, which would be supplied with the BFR.  Credit SpaceX 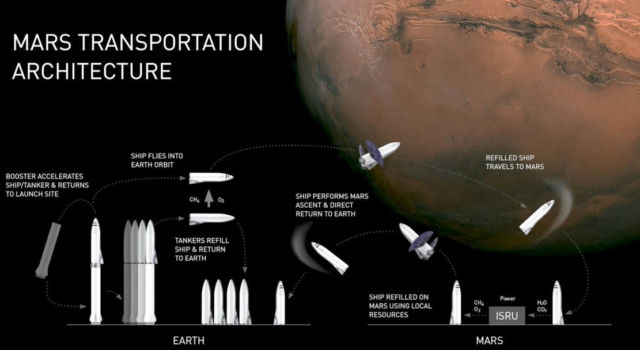