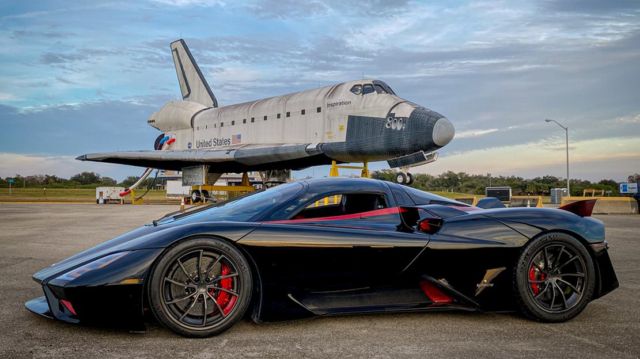 With an average two-way speed of 282.9 mph over 2.3 miles, SSC Tuatara broke the standing record of 278mph. This happened last week while testing at JBPG in Kennedy Space Center on SSC’s quest to break 300 mph.