Star wanders too close to a giant Black Hole

Star wanders too close to a giant Black Hole 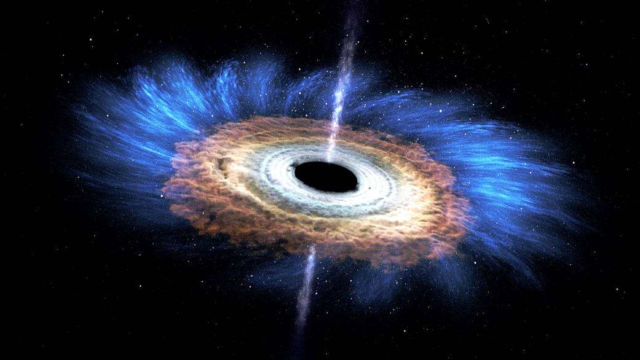 This artist’s rendering shows  a star wandering too close to a 3-million-solar-mass black hole was torn apart.

The debris gathered into an accretion disk around the black hole. The tidal disruption event named ASASSN-14li.

Data from NASA’s Swift satellite show that the initial formation of the disk was shaped by interactions among incoming and outgoing streams of tidal debris.