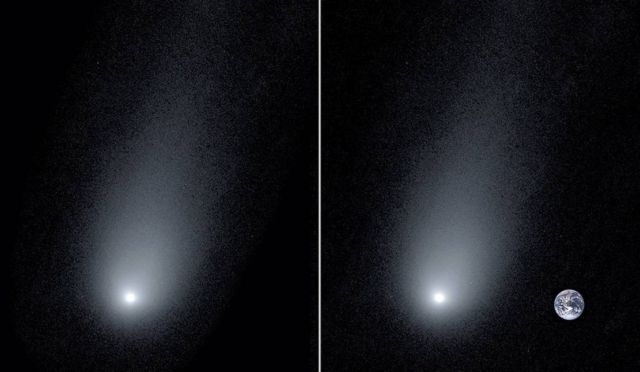 Left: A new image of the interstellar comet 2l/Borisov. Right: A composite image of the comet with a photo of the Earth to show scale. (Pieter van Dokkum, Cheng-Han Hsieh, Shany Danieli, Gregory Laughlin)

Yale astronomers have taken a new, close-up image of the interstellar comet 2l/Borisov. 2l/Borisov, first spotted this summer, continues to draw nearer to Earth and will reach its closest approach — about 190 million miles — in early December. Researchers believe the comet formed in a solar system beyond ours and was ejected into interstellar space as a consequence of a near-collision with a planet in its original solar system. 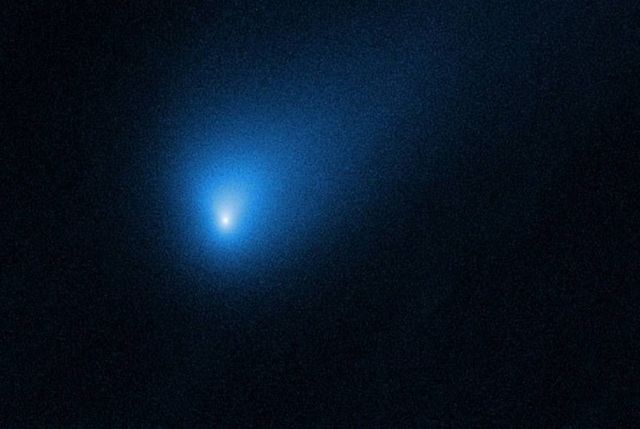 The comet was spotted by amateur astronomer Gennady Borisov from Crimea’s Margotobservatory on August 30, 2019.

According to Pieter van Dokkum the comet’s tail, shown in the new image, is nearly 100,000 miles long, which is 14 times the size of Earth. “It’s humbling to realize how small Earth is next to this visitor from another solar system,” van Dokkum said.

Gregory Laughlin noted that 2l/Borisov is evaporating as it gets closer to Earth, releasing gas and fine dust in its tail. “Astronomers are taking advantage of Borisov’s visit, using telescopes such as Keck to obtain information about the building blocks of planets in systems other than our own,” Laughlin said. 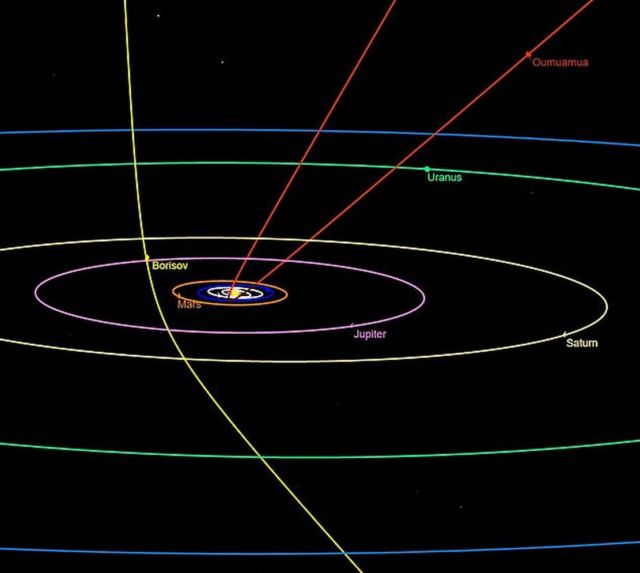 The solid nucleus of the comet is only about a mile wide. As it began reacting to the Sun’s warming effect, the comet has taken on a “ghostly” appearance, the researchers said.