Stunning Image of Pillars of Creation from Webb

Stunning Image of Pillars of Creation from Webb 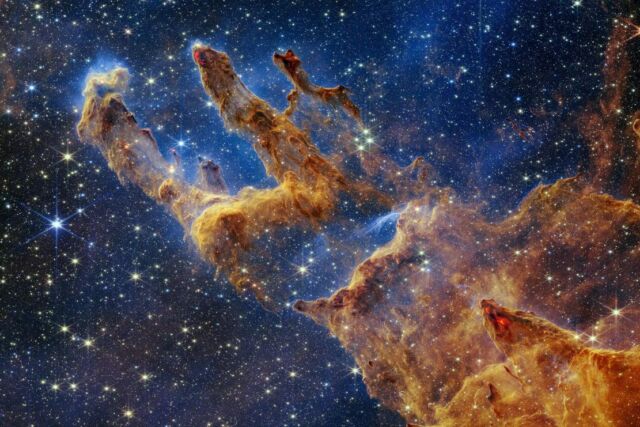 Stunningly detailed image of the famous Pillars of Creation from Webb space telescope.

The NASA/ESA/CSA James Webb Space Telescope has captured a lush, highly detailed landscape – the iconic Pillars of Creation – where new stars are forming within dense clouds of gas and dust. The three-dimensional pillars look like majestic rock formations, but are far more permeable. These columns are made up of cool interstellar gas and dust that appear – at times – semi-transparent in near-infrared light. 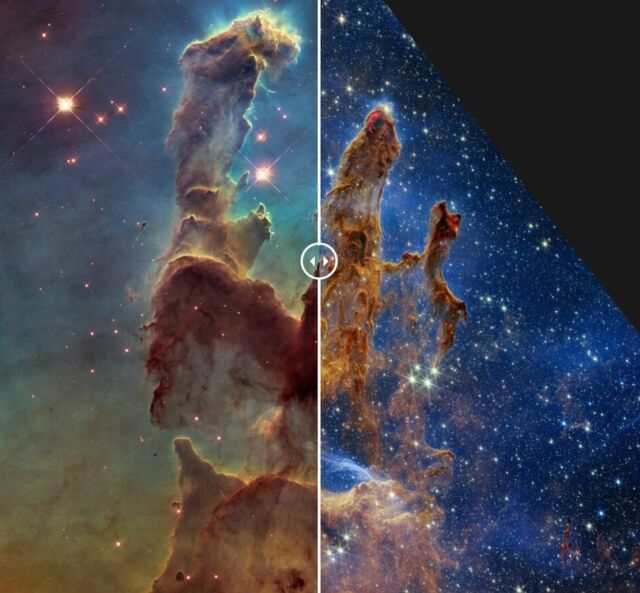 Hubble and Webb showcase the Pillars of Creation

Newly formed protostars are the scene-stealers in this Near-Infrared Camera (NIRCam) image. These are the bright red orbs that typically have diffraction spikes and lie outside one of the dusty pillars. When knots with sufficient mass form within the pillars of gas and dust, they begin to collapse under their own gravity, slowly heat up, and eventually form new stars.

Top image: This tightly cropped image is set within the vast Eagle Nebula, which lies 6500 light-years away.