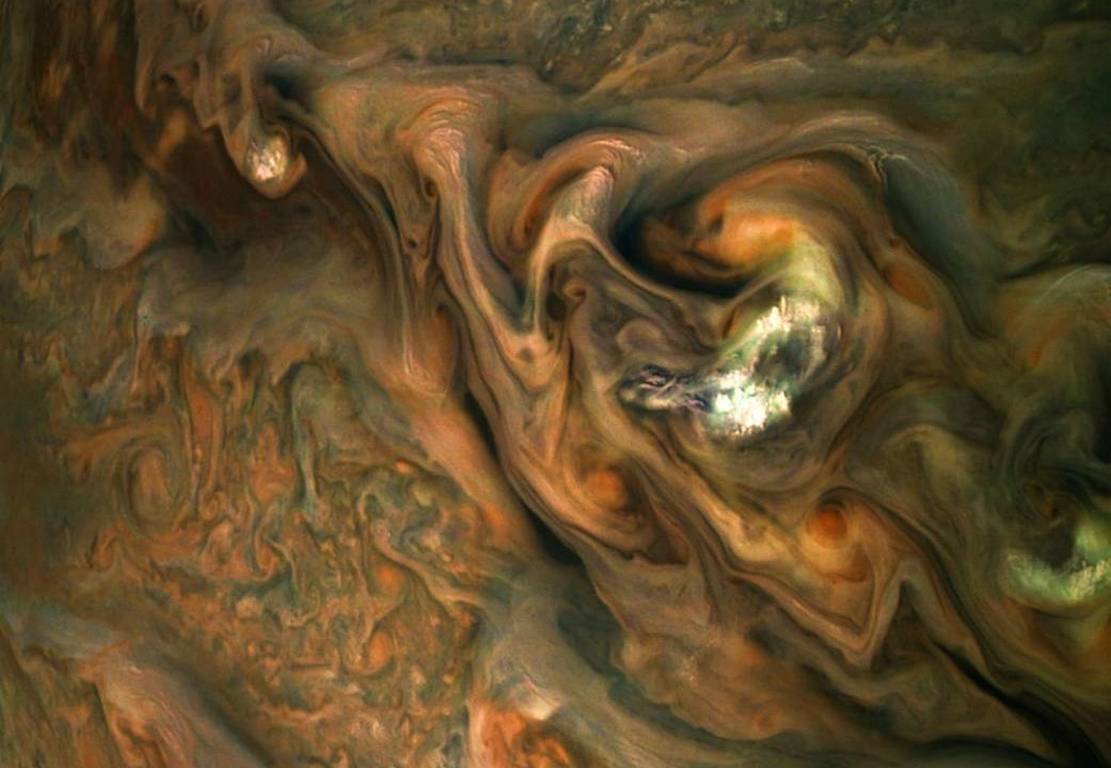 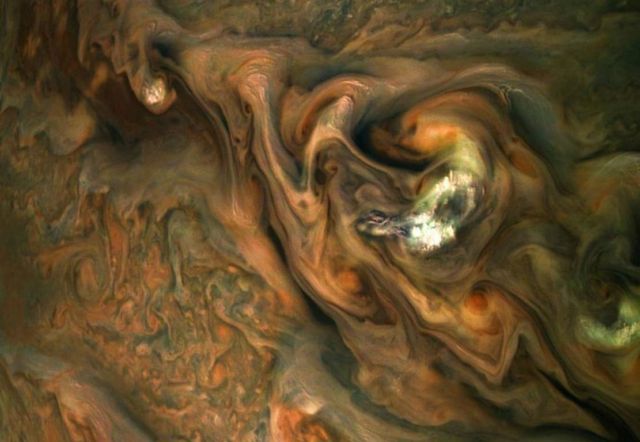 Jupiter’s cloud tops do not form a simple, flat surface. Data from Juno helped scientists discover that the swirling bands in the atmosphere extend deep into the planet, to a depth of about 1,900 miles (3,000 kilometers). At center right, a patch of bright, high-altitude “pop-up” clouds rises above the surrounding atmosphere.

Citizen scientist Gerald Eichstädt created this enhanced-color image using data from the spacecraft’s JunoCam imager. The original image was taken on May 29, 2019, at 1:01 a.m. PDT (4:01 a.m. EDT) as the Juno spacecraft performed its 20th close flyby of Jupiter. At the time the image was taken, the spacecraft was about 6,000 miles (9,700 kilometers) from the tops of the clouds, at a latitude of 39 degrees north. 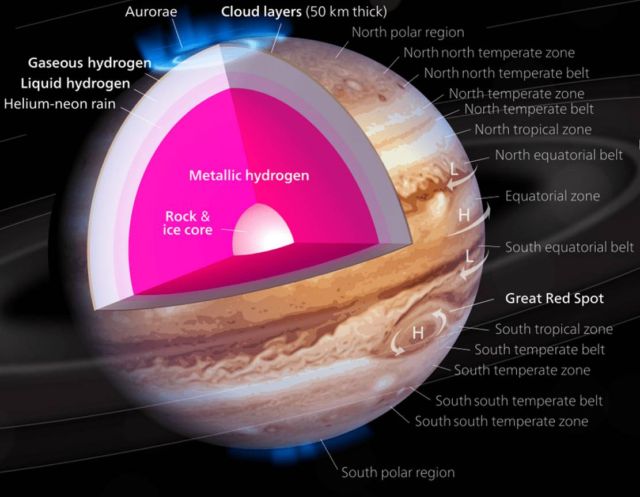