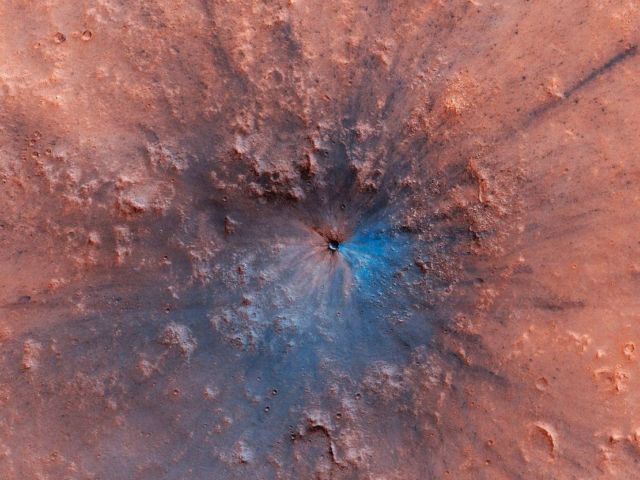 An impressionist painting? No, it’s a new impact crater that has appeared on the surface of Mars, formed at most between September 2016 and February 2019.

What makes this stand out is the darker material exposed beneath the reddish dust.

Above, the new crater discovered by the Mars Reconnaissance Orbiter.  Credit NASA/JPL/University of Arizona 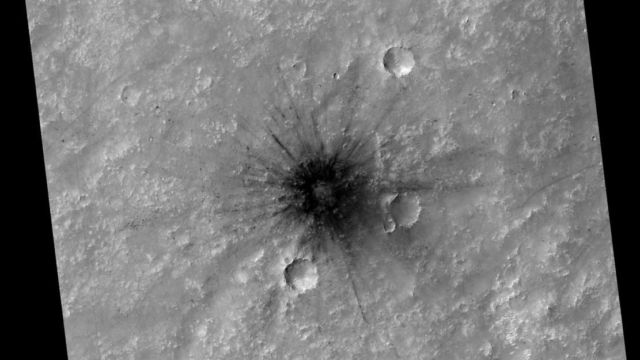 Black-and-white photo of the new crater.  Credit NASA/JPL/University of Arizona