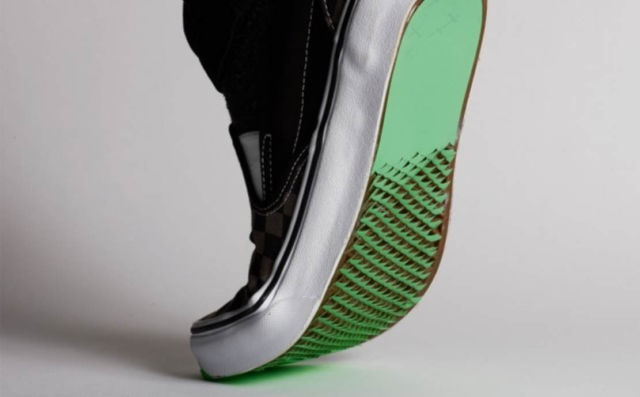 Origami-inspired super-grip sole could help to prevent falls in icy or slippery conditions.

MIT researchers drew on kirigami, a variation of origami that involves cutting paper as well as folding it, to create a friction-boosting material that could be used to coat the bottom of your shoes, giving them a stronger grip on ice and other slippery surfaces.

The researchers drew on kirigami, a variation of origami that involves cutting paper as well as folding it, to create the new coating. Laboratory tests showed that when people wearing kirigami-coated shoes walked on an icy surface, they generated more friction than the uncoated shoes.

Incorporating this coating into shoes could help prevent dangerous falls on ice and other hazardous surfaces, especially among the elderly, the researchers say.

“Through this work we set out to address the challenge of preventing falls, particularly on icy, slippery surfaces, and developed a kirigami-based system that facilitates an increase of friction with a surface,” says Giovanni Traverso, an MIT assistant professor of mechanical engineering, a gastroenterologist at Brigham and Women’s Hospital, and an assistant professor at Harvard Medical School.