Supernovae may have caused Mass Extinctions on Earth

Supernovae may have caused Mass Extinctions on Earth 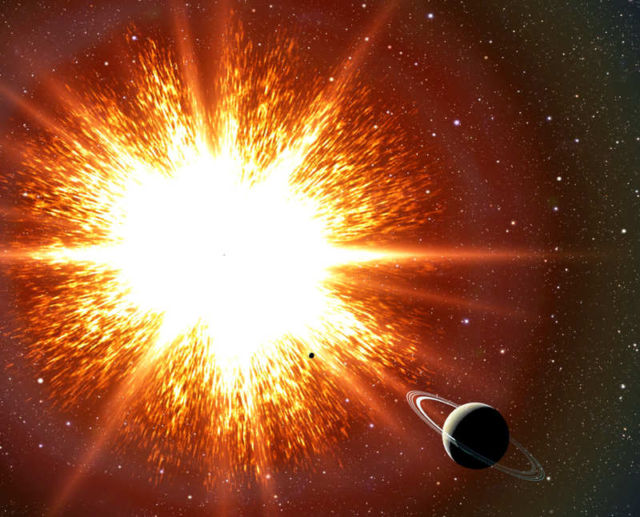 Scientists concluded that Supernovae could have resulted mass extinctions on Earth.

Two nearby supernovae that exploded about 2.5 and eight million years ago may have caused ozone depletion, provoking extinction in various species on Earth.

Above, an artist’s conception of a supernova explosion about to obliterate an orbiting Saturn-like planet. Credit David Aguilar

Supernovae is a transient astronomical event that occurs during the last stellar evolutionary stages of a massive star’s life, whose destruction is marked by one final titanic explosion. This causes the sudden appearance of a “new” bright star, before slowly fading from sight over several weeks or months.

“We are interested in how exploding stars affect life on Earth, and it turns out a few million years ago there were changes in the things that were living at the time.

There were changes, especially in Africa, which went from being more forested to more grassland.”

We investigated the potential biological impacts at Earth’s surface of stratospheric O 3 depletion caused by nearby supernovae known to have occurred about 2.5 and 8 million years ago at about 50 pc distance. New and previously published atmospheric chemistry modeling results were combined with radiative transfer modeling to determine changes in surface-level solar irradiance and biological responses. We ﬁnd that UVB irradiance is increased by a factor of 1.1 to 2.8, with large variation in latitude, and seasonally at high-latitude regions.

This work is an important step towards understanding the impact of nearby supernovae on our biosphere.”