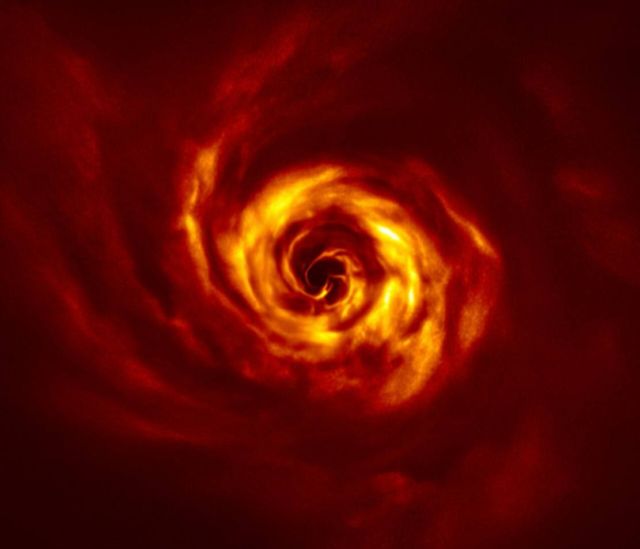 ESO Telescope sees signs of planet birth. The observed feature could be the first direct evidence of a baby planet coming into existence.

Observations made with the European Southern Observatory’s Very Large Telescope (ESO’s VLT) have revealed the telltale signs of a star system being born. Around the young star AB Aurigae lies a dense disc of dust and gas in which astronomers have spotted a prominent spiral structure with a ‘twist’ that marks the site where a planet may be forming.

“Thousands of exoplanets have been identified so far, but little is known about how they form,” says Anthony Boccaletti who led the study from the Observatoire de Paris, PSL University, France. Astronomers know planets are born in dusty discs surrounding young stars, like AB Aurigae, as cold gas and dust clump together. The new observations with ESO’s VLT, published in Astronomy & Astrophysics, provide crucial clues to help scientists better understand this process.

“We need to observe very young systems to really capture the moment when planets form,” says Boccaletti. But until now astronomers had been unable to take sufficiently sharp and deep images of these young discs to find the ‘twist’ that marks the spot where a baby planet may be coming to existence.

The new images feature a stunning spiral of dust and gas around AB Aurigae, located 520 light-years away from Earth in the constellation of Auriga (The Charioteer). Spirals of this type signal the presence of baby planets, which ‘kick’ the gas, creating “disturbances in the disc in the form of a wave, somewhat like the wake of a boat on a lake,” explains Emmanuel Di Folco of the Astrophysics Laboratory of Bordeaux (LAB), France, who also participated in the study. As the planet rotates around the central star, this wave gets shaped into a spiral arm. The very bright yellow ‘twist’ region close to the centre of the new AB Aurigae image, which lies at about the same distance from the star as Neptune from the Sun, is one of these disturbance sites where the team believe a planet is being made. 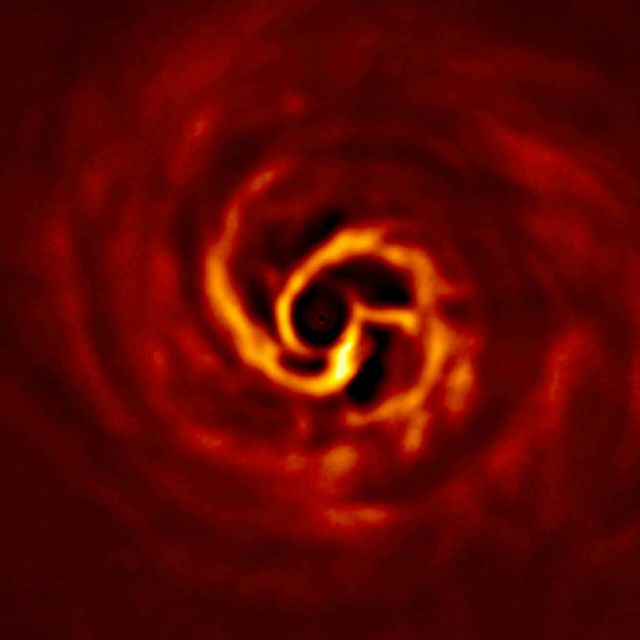 This image shows the inner region of the disc around the young AB Aurigae star, where ESO’s Very Large Telescope has spotted signs of planet birth. The ‘twist’ (in very bright yellow) marks the spot where a planet may be forming. This twist lies at about the same distance from the AB Aurigae star as Neptune from the Sun.  The image was obtained with the VLT’s SPHERE instrument in polarised light.  Credit: ESO/Boccaletti et al. 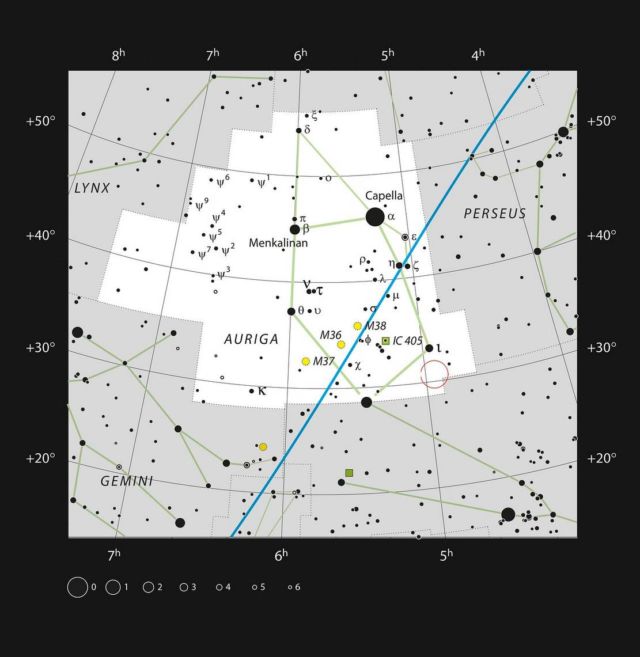 Location of AB Aurigae in the constellation of Auriga.  Credit: ESO, IAU and Sky & Telescope