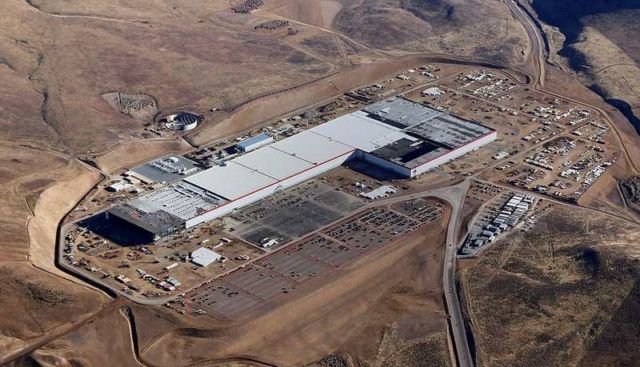 Production began, at Tesla Gigafactory, of the battery cells that will be built into the company’s electric cars.

Can you imagine, by 2018, the  will produce as many lithium-ion cells as the rest of the world combined! When finished, it will be the biggest building in the world.

Now that the factory started, will play an important roll in how electric cars are produced in the future.

The company said in a statement:

“With the Gigafactory online and ramping up production, our cost of battery cells will significantly decline due to increasing automation and process design to enhance yield, lowered capital investment per Wh of production, the simple optimization of locating most manufacturing processes under one roof, and economies of scale.”