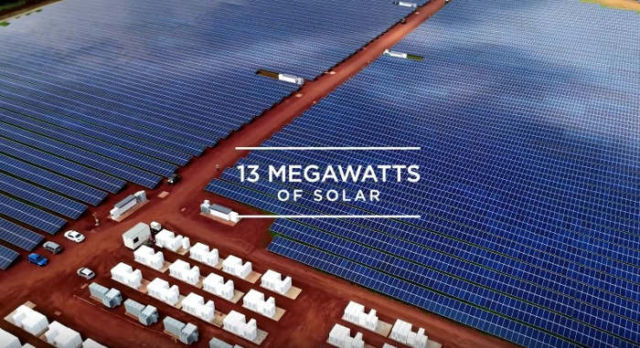 Tesla solar farm and Powerpacks will store solar energy produced during the day island of Kauai and deliver it to the grid during the evening hours.

The island of Kauai has an abundance of solar energy but it can only be used when the sun is shining. Kauai burns millions of gallons of fossil fuels annually to produce energy at night.

Tesla’s 52 MWh Tesla Powerpack and 13 MW dispatchable solar project represents the first time a utility contracted for a system of this scale that stores and delivers solar energy after sunset.