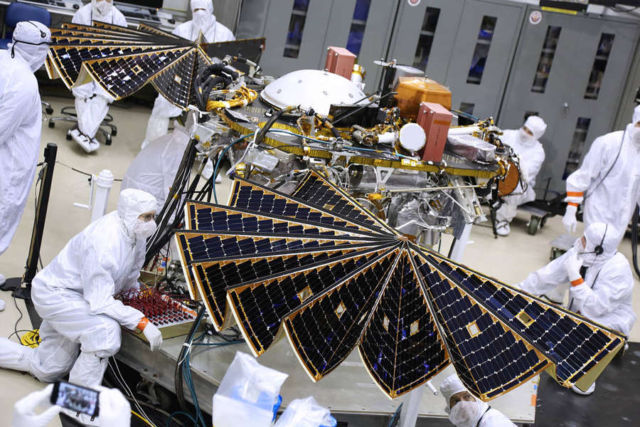 NASA‘s InSight, the Interior Exploration using Seismic Investigations, Geodesy and Heat Transport, is more than a Mars mission – it is a terrestrial planet explorer that will address one of the most fundamental issues of planetary and solar system science – understanding the processes that shaped the rocky planets of the inner solar system (including Earth) more than four billion years ago.

In this Jan. 23, 2018 photo, InSight is in the landed configuration for the last time before arriving on Mars. Scientists commanded to deploy its solar arrays, to test and verify the exact process that the spacecraft will use on the surface of the Red Planet. During the test, engineers and technicians evaluated whether the solar arrays fully deployed and conducted an illumination test to confirm that the solar cells were collecting power.