The 2017 Eclipse Umbra viewed from Space

The 2017 Eclipse Umbra viewed from Space 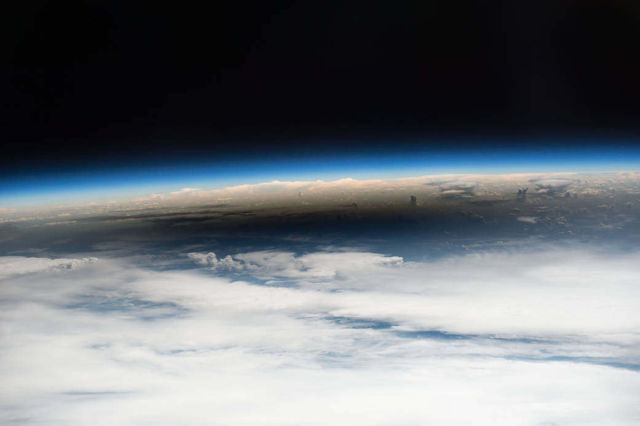 Six people witnessed the umbra, the moon’s shadow of the August 21 total eclipse, from space.

Viewing the eclipse from orbit were NASA’s Randy Bresnik, Jack Fischer and Peggy Whitson, ESA (European Space Agency’s) Paolo Nespoli, and Roscosmos’ Commander Fyodor Yurchikhin and Sergey Ryazanskiy. The Space Station crossed the path of the eclipse three times as it orbited above the continental United States at an altitude of 250 miles.