The Age of Sea Floor

The Age of Sea Floor 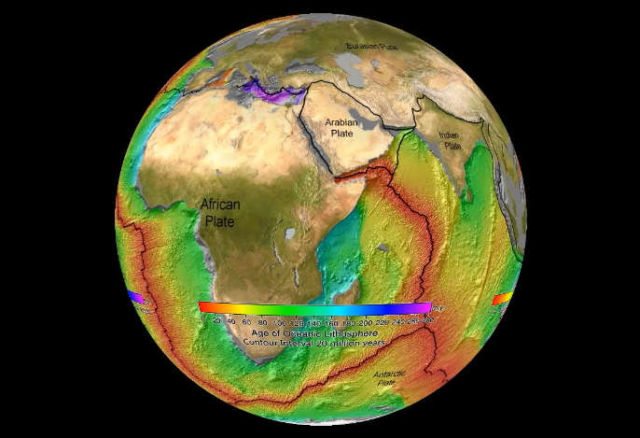 This video shows the age of the ocean floor along with the labeled tectonic plates and boundaries.

The surface of the Earth is composed of a mosaic tectonic plates moving with respect to each other. The Earth is made of seven major plates and several smaller plates. As the plates move, new sea floor can be created. The plates form three different kinds of boundaries: convergent, divergent, and transform. Convergent boundaries are also called collision boundaries because they are areas where two plates collide. At transform boundaries, the plates slide and grind past one another.