The Best Places to See the Eclipse

The Best Places to See the Eclipse 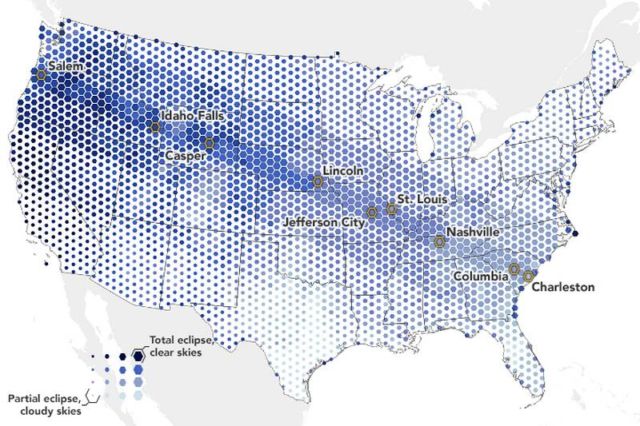 These are the best places to watch the Moon blot out the Sun’s light, during the total solar eclipse on August 21, 2017.

The map above was developed using satellite observations from the Moderate Resolution Imaging Spectroradiometer (MODIS) sensor on NASA’s Terra and Aqua satellites. It is based on data collected on August 21 between 2000 and 2016. Areas where the sensors observed clear skies the most on August 21 are shown with dark blue; areas where the sensors observed the most clouds on that date are white. Clouds were the main factor that affected where the instruments observed clear skies, but it is possible that smoke or haze also contributed to reduced visibility to a small degree in some areas. 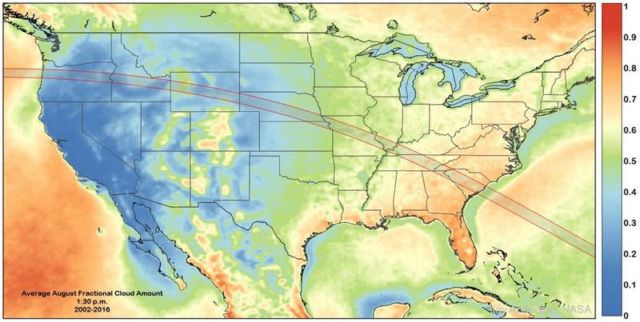