The Bluest of Ice

The Bluest of Ice 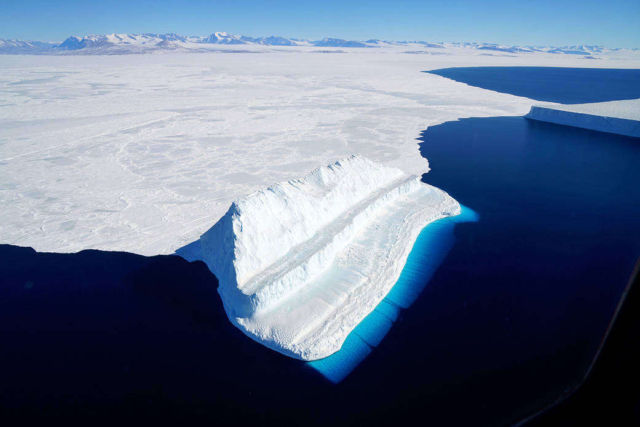 The part of the iceberg below water appears bluest primarily due to blue light from the water in Antarctica‘s McMurdo Sound.

This image acquired on November 29 by Operation IceBridge during a flight to Victoria Land,

The undersides of some icebergs can be eroded away, exposing older, denser, and incredibly blue ice. Erosion can change an iceberg’s shape and cause it to flip, bringing the sculpted blue ice above the water’s surface. The unique step-like shape of this berg—compared to the tabular and more stable berg in the top-right of the image—suggests that it likely rotated sometime after calving.

Operation IceBridge—an airborne mission to map polar ice—recently made several flights out of the McMurdo and Amundsen-Scott South Pole stations, giving researchers greater access to the interior of the icy continent. For the ninth year in a row, flights over Antarctica have turned up ample science data, as well as spectacular images. 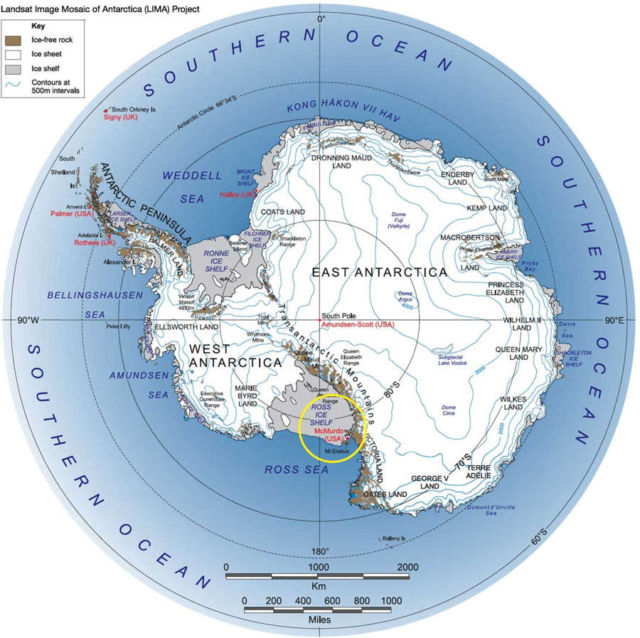 McMurdo Sound and its ice-clogged waters extends about 55 kilometres long and wide. The sound connects the Ross Sea to the north with the Ross Ice Shelf cavity to the south via Haskell Strait. The strait is largely covered by the McMurdo Ice Shelf. Wikipedia