The end of smashed Smartphone Screens

The end of smashed Smartphone Screens 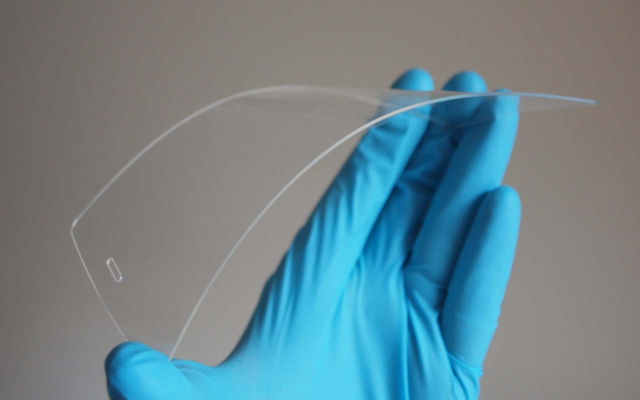 Scientists from the University of Sussex may have found a solution to the long-standing problem of smashed smartphone screens.

Professor Alan Dalton and his team have developed a new way to make smartphone touch screens that are cheaper, less brittle, and more environmentally friendly. The new approach also promises devices that use less energy, are more responsive, and do not tarnish in the air.

The problem has been that indium tin oxide, which is currently used to make smartphone screens, is brittle and expensive. The primary constituent, indium, is also a rare metal and is ecologically damaging to extract. Silver, which has been shown to be the best alternative to indium tin oxide, is also expensive. The breakthrough from physicists at the University of Sussex has been to combine silver nanowires with graphene – a two-dimensional carbon material. The new hybrid material matches the performance of the existing technologies at a fraction of the cost.

In particular, the way in which these materials are assembled is new. Graphene is a single layer of atoms, and can float on water. By creating a stamp – a bit like a potato stamp a child might make – the scientists can pick up the layer of atoms and lay it on top of the silver nanowire film in a pattern. The stamp itself is made from poly(dimethyl siloxane) – the same kind of silicone rubber used in kitchen utensils and medical implants.


Professor Dalton, from the School of Mathematical and Physical Sciences at the University of Sussex, says:

“While silver nanowires have been used in touch screens before, no one has tried to combine them with graphene. What’s exciting about what we’re doing is the way we put the graphene layer down. We float the graphene particles on the surface of water, then pick them up with a rubber stamp, a bit like a potato stamp, and lay it on top of the silver nanowire film in whatever pattern we like.

And this breakthrough technique is inherently scalable. It would be relatively simple to combine silver nanowires and graphene in this way on a large scale using spraying machines and patterned rollers. This means that brittle mobile phone screens might soon be a thing of the past.”