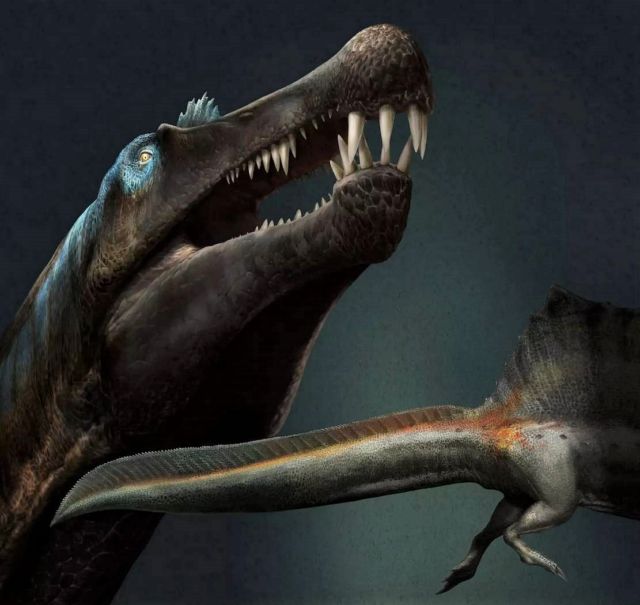 A new fossil of one of the most unusual dinosaurs, Spinosaurus aegyptiacus, it was a 50ft long swimming predator powered by a fin-like tail.

The find comes after decades of debate on how much of its life Spinosaurus would have spent in the water, and how reliant they might have been on aquatic prey. Adults reached 50ft long and weighed as much as 20 tonnes when fully grown.

Paleontologist Nizar Ibrahim has been working at the dig site in the Sahara and describes his amazement at the unique tail bones they found under the rock and sand. 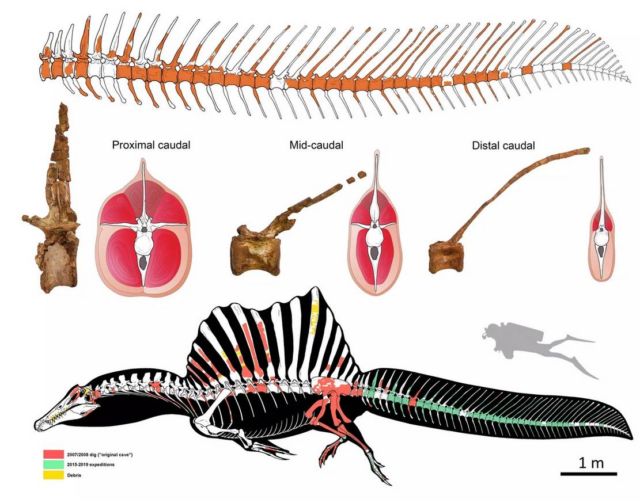 The findings, published today in the journal Nature and featured on nationalgeographic.com, are based on a multidisciplinary investigation of the world’s only existing Spinosaurus skeleton, found in the Kem Kem region of the Moroccan Sahara. The skeleton is now also the most complete one to date for a Cretaceous predatory dinosaur from mainland Africa. 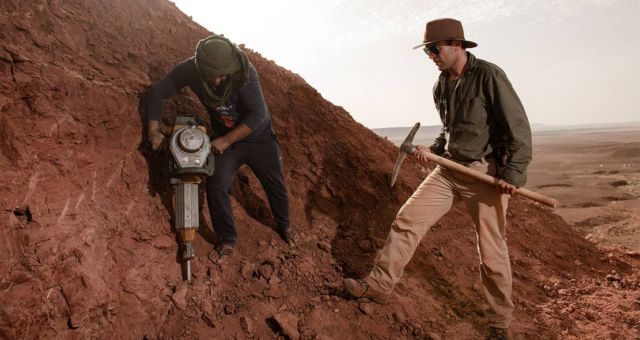 “This discovery really opens our eyes to this whole new world of possibilities for dinosaurs,” Ibrahim said. “It doesn’t just add to an existing narrative, it starts a whole new narrative and drastically changes things in terms of what we know dinosaurs could actually do. There’s nothing like this animal in over 220 million years of dinosaur evolution, which is pretty remarkable.”