The Highest-Resolution photo of the Sun ever taken

The Highest-Resolution photo of the Sun ever taken 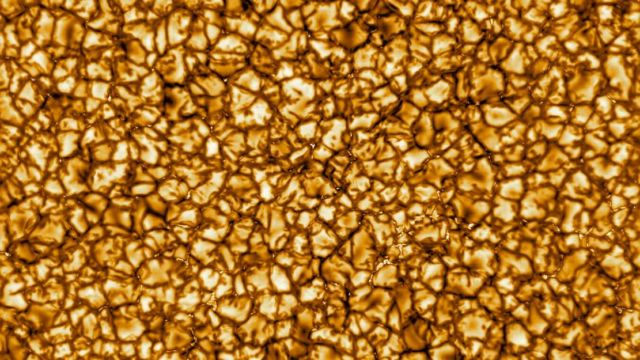 Astronomers just captured  the highest-resolution photo of the Sun ever taken.

Taken by the Daniel K. Inouye Solar Telescope in Maui, this image gives us an unprecedented view of our nearest star and brings us closer to solving several long-standing mysteries.

Above: One of the first images of the surface of the sun, taken by the Daniel K. Inouye Solar Telescope.  NSO/AURA/NSF

The new photo demonstrates the telescope’s potential power. It shows off a surface that’s divided up into discrete, Texas-size cells, like cracked sections in the desert soil. You can see plasma oozing off the surface, rising into the air before sinking back into darker lanes. 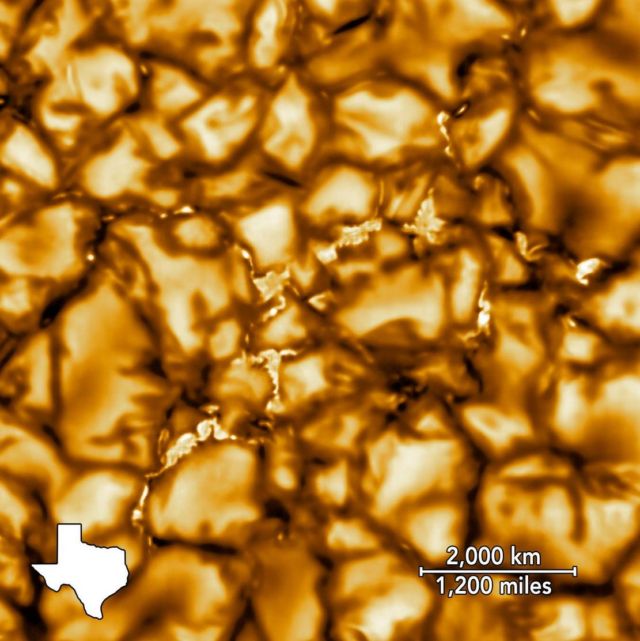 Each of the “cells” on the surface of the sun are roughly the size of Texas. The resolution of DKIST is about 18.5 miles.  NSO/AURA/NSF

“We have now seen the smallest details on the largest object in our solar system,” says Thomas Rimmele, the director of DKIST. The new image was taken December 10, when the telescope achieved first light. It is still technically under construction, with three more instruments set to come online.

When formal observations begin in July, DKIST, with its 13-foot mirror, will be the most powerful solar telescope in the world. Located on Haleakalā (the tallest summit on Maui), the telescope will be able to observe structures on the surface of the sun as small as 18.5 miles (30 kilometers). This resolution is over five times better than that of DKIST’s predecessor, the Richard B. Dunn Solar Telescope in New Mexico.

DKIST was specifically designed to make precise measurements of the sun’s magnetic field throughout the corona (the outermost region of its atmosphere) and answer questions like why the corona is millions of degrees hotter than the sun’s surface.