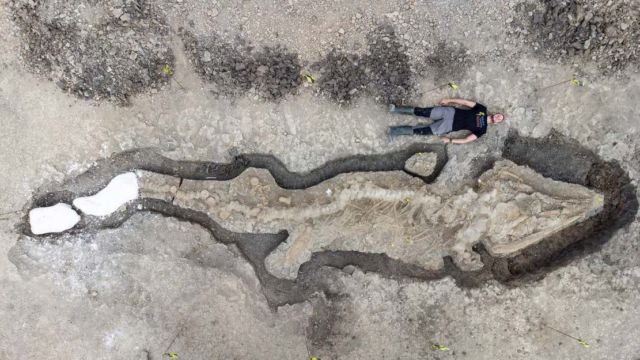 The largest ever in ‘Sea Dragon’ ichthyosaur skeleton found at Rutland Water Nature Reserve, in the UK.

The giant skeleton was found during some routine maintenance on the nature reserve, near Egleton, in Rutland.

Above: The ichthyosaur skeleton compared to a paleontolog.  Image Matthew Power Photography

The ichthyosaur is approximately 180 million years old, with a skeleton measuring around 10 metres in length and weighing approximately one tonne.

It is thought to be the biggest and most complete skeleton of its kind found to date in the UK, and is also thought to be the first ichthyosaur of its species (Temnodontosaurus trigonodon) found in the country. 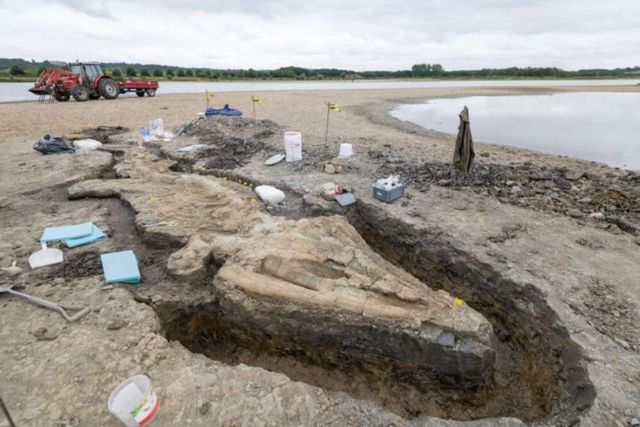 “Ichthyosaurs first appeared around 250 million years ago and went extinct 90 million years ago. They were an extraordinary group of marine reptiles that varied in size from 1 to more than 25 metres in length, and resembled dolphins in general body shape.”