The Mechanisms that could cause the Big Bang

The Mechanisms that could cause the Big Bang 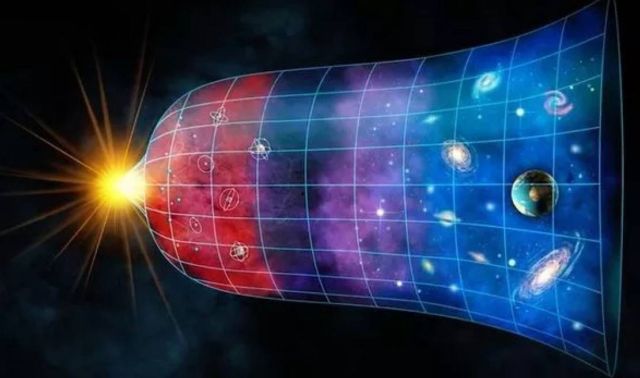 Researchers detailed the mechanisms that could cause the Big Bang, which is key for the models that scientists use to understand the origin of the Universe.

The origin of the universe started with the Big Bang, but how the supernova explosion ignited has long been a mystery – until now.

“We defined the critical criteria where we can drive a flame to self-generate its own turbulence, spontaneously accelerate, and transition into detonation,” says Kareem Ahmed, an assistant professor in UCF’s Department of Mechanical and Aerospace Engineering and co-author of the study.

“We’re using the turbulence to enhance the mixing of the reactions to the point where it transitions into this violent reaction and essentially leads to supernovas, which is exploding stars in simple terms,” Ahmed says. “We’re taking a simplified flame to where it’s reacting at five times the speed of sound.”

The researcher uncovered the criteria for creating a Big Bang-type explosion while exploring methods for hypersonic jet propulsion.

“We explore these supersonic reactions for propulsion, and as a result of that, we came across this mechanism that looked very interesting,” he said. “When we started to dig deeper, we realized that this is relatable to something as profound as the origin of the universe.” 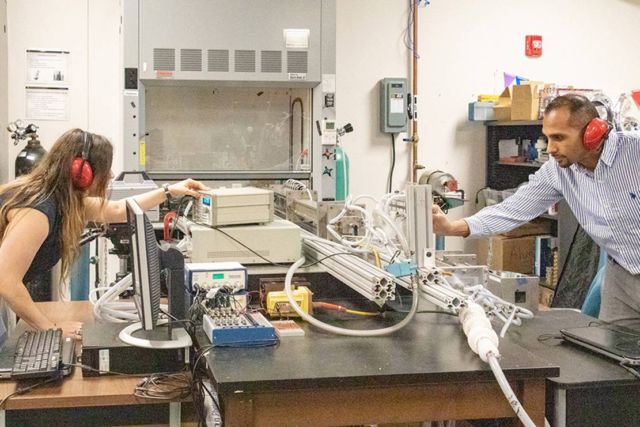 Jessica Chambers, a doctoral student in the University of Central Florida’s Department of Mechanical and Aerospace Engineering, and Kareem Ahmed, an assistant professor in UCF’s Department of Mechanical and Aerospace Engineering, set up the turbulent shock tube they used to help uncover the mechanisms that could have caused the Big Bang.

The key is applying the right amount of turbulence and mixing to an unconfined flame until it become self-perpetuating, at which point the flame begins to burn the ingested energy leading to a Mach 5 hypersonic supernova explosion.

Applications for the discovery could include faster air and space travel and improved power generation, including reactions that generate zero emissions as all of the products used in the combustion are converted into energy. The discovery was made by using a unique turbulent shock tube that allowed explosions to be created and analyzed in a contained environment. Ultra-high-speed lasers and cameras were used to measure the explosions and help indicate what factors were needed to reach the point where a flame becomes a hypersonic, violent reaction.

UCF’s Propulsion and Energy Research Laboratory, where the research was performed, has the only turbulent shock tube for testing hypersonic reactions in the nation.