The Most Powerful Laser in the US

The Most Powerful Laser in the US 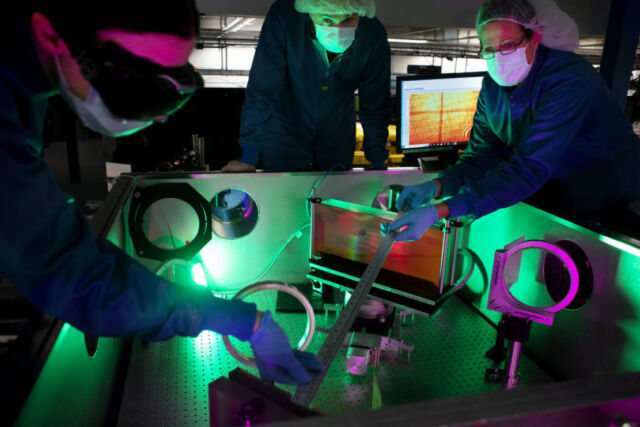 The ZEUS Laser, the most powerful laser in the U.S., has begun its commissioning experiments at the University of Michigan.

The ZEUS laser system will be the most powerful laser in the United States, located exclusively at the University of Michigan. Funded by the National Science Foundation, it will be a destination for researchers studying extreme plasmas around the U.S. and internationally.

ZEUS, the Zetawatt-Equivalent Ultrashort pulse laser System, it will explore the physics of the quantum universe as well as outer space, and it is expected to contribute to new technologies in medicine, electronics and national security.

“ZEUS will be the highest peak power laser in the U.S. and among the most powerful laser systems in the world. We’re looking forward to growing the research community and bringing in people with new ideas for experiments and applications,” said Karl Krushelnick, director of the Center for Ultrafast Optical Science, which houses ZEUS, and the Henry J. Gomberg Collegiate Professor of Engineering.