The NASA Archives- 60 Years in Space

The NASA Archives- 60 Years in Space 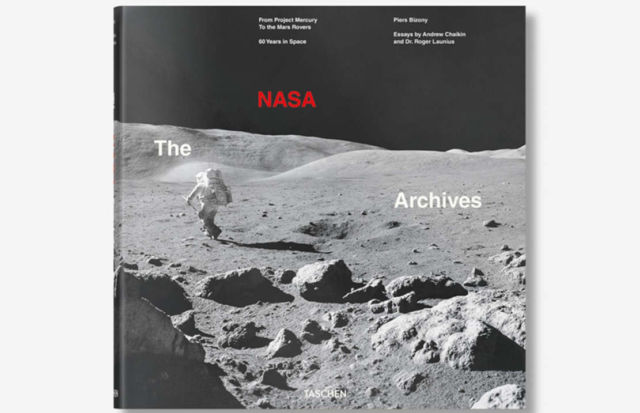 The NASA Archives is more than just a fascinating pictorial history of the U.S. space program.

Throughout NASA’s 60-year history, images have played a central role. Who today is not familiar with the Hubble Space Telescope’s mesmerizing views of the universe, or the pin-sharp panoramas of Mars from NASA’s surface rovers? And who could forget the photographs of men walking on the moon?

Researched and edited in collaboration with NASA, this collection gathers more than 500 historic photographs and rare concept renderings, scanned and re-mastered using the latest technology, and reproduced with black matte borders that protect the pages from fingerprints. Texts by science and technology journalist Piers Bizony, former NASA chief historian Roger Launius, and best-selling Apollo historian Andrew Chaikin round out this comprehensive exploration of NASA, spanning from its earliest days to its current development of new space systems for the future.