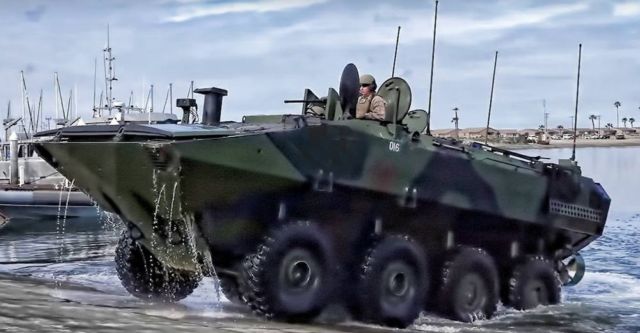 The ACV will replace the older AAV-P7/A1 (Assualt Amphibious Vehicle), which has been in service since the early 1980s. Filmed at Camp Pendleton on February 28, 2019.

On January 6, 2011, after spending approximately $3 billion in developmental funding, the Marine Corps cancelled the Expeditionary Fighting Vehicle (EFV) program due to poor reliability demonstrated during operational testing and excessive cost growth. Because the EFV was intended to replace the 40-year-old Amphibious Assault Vehicle (AAV), the Pentagon pledged to move quickly to develop a “more affordable and sustainable” vehicle to replace the EFV. 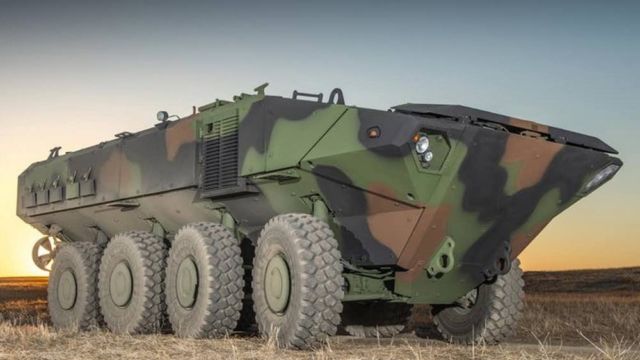 The Amphibious Combat Vehicle (ACV) is intended to replace the AAV, incorporating some EFV capabilities but in a more practical and cost-efficient manner. In concert with the ACV, the Marines were developing the Marine Personnel Carrier (MPC) to serve as a survivable and mobile platform to transport Marines when ashore. The MPC was not intended to be amphibious like an AAV, EFV, or the ACV but instead would be required to have a swim capability for inland waterways such as rivers, lakes, and other water obstacles such as shore-to-shore operations in the littorals. Both vehicles were intended to play central roles in future Marine amphibious operations.

On June 14, 2013, Marineleadership put the MPC program “on ice” due to budgetary pressures but suggested the program might be resurrected some 10 years down the road when budgetary resources might be more favorable.
In what was described as a “drastic shift,” the Marines decided to “resurrect” the MPC in March 2014. The Marines designated the MPC as ACV Increment 1.1 and planned to acquire about 200 vehicles. The Marines also plan to develop ACV Increment 1.2, a tracked, fully amphibious version, and at the time planned to acquire about 470 vehicles and fund an ongoing high water speed study. Although ACV Increment 1.1 is to have a swim capability, another mode of transport (ship or aircraft) would be required to get the vehicles from ship to shore.

The Marines are reportedly exploring the possibility of developing a high water speed ACV 2.0, which could accompany tanks and light armored vehicles into combat.

On November 5, 2014, the Marines released a draft Request for Proposal (RFP) for ACV Increment 1.1. On November 24, 2015, the Marine Corps awarded BAE Systems and SAIC contracts to develop ACV 1.1 prototypes for evaluation. BAE’s contract was for $103.8 million and SAIC’s for $121.5 million, and each company was to build 16 prototypes to be tested over the next two years. Both BAE and SAIC delivered their prototypes early, and Engineering and Manufacturing Development (EMD) testing began mid-March 2017. In early December 2017, the Marines reportedly sent the ACV 1.1 down select request for proposals to BAE and Science Applications International Corporation (SAIC).

On June 19, 2018, the Marine Corps selected BAE Systems to produce the ACV. Reportedly, the initial contract—valued at $198 million—will be for low-rate production of 30 vehicles to be delivered by the autumn of 2019. Eventually, 204 vehicles are to be delivered under the ACV 1.1 phase of the project. BAE will also produce the ACV 1.2 variant and, all told, the entire ACV 1.1 and 1.2 project is expected to deliver 700 vehicles, and, if all options are exercised, the total contract will reportedly be worth $1.2 billion.
A potential issue for Congress is how the possible adoption of the Expeditionary Advance Base Operations operational concept could affect the ACV 1.1 program.