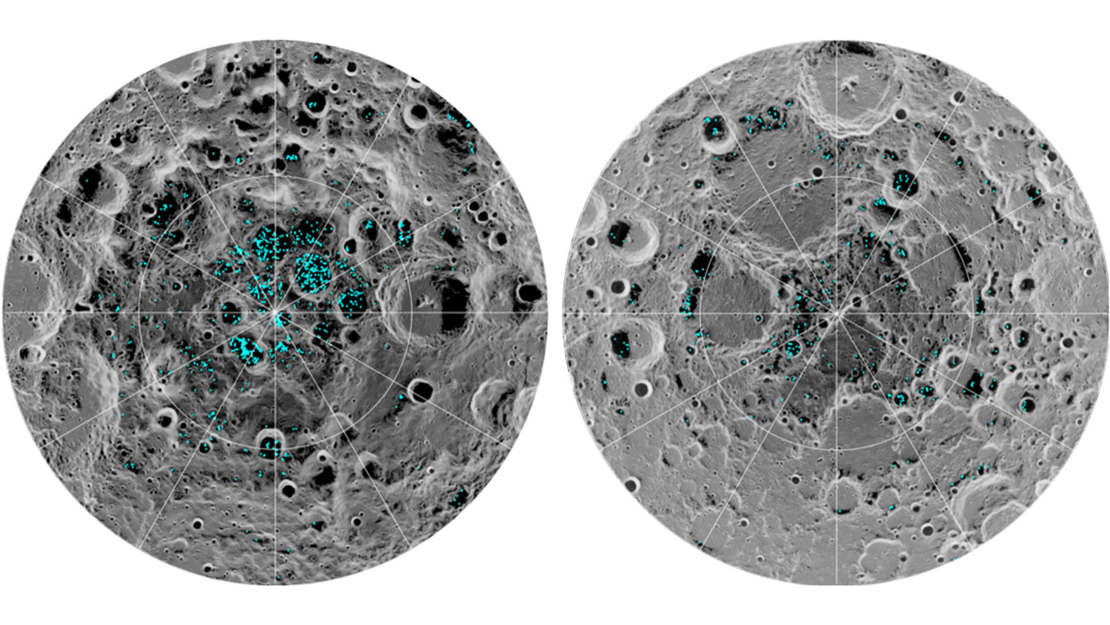 The presence of Ice at the Moon’s Poles confirmed

The presence of Ice at the Moon’s Poles confirmed 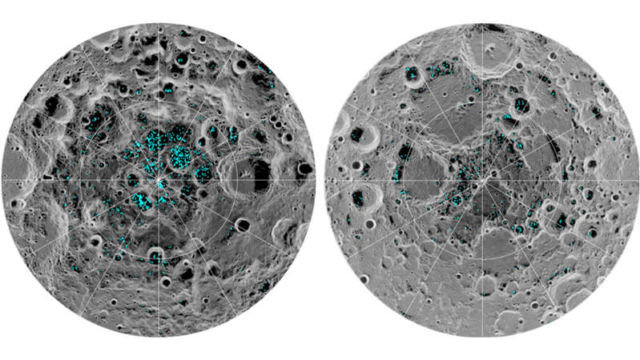 NASA confirms the Moon has water ice at its poles, and this could power a new age of space exploration.

The ice deposits are patchily distributed and could possibly be ancient. At the southern pole, most of the ice is concentrated at lunar craters, while the northern pole’s ice is more widely, but sparsely spread.

A team of scientists, led by Shuai Li of the University of Hawaii and Brown University and including Richard Elphic from NASA’s Ames Research Center in California’s Silicon Valley, used data from NASA’s Moon Mineralogy Mapper (M3) instrument to identify three specific signatures that definitively prove there is water ice at the surface of the Moon.