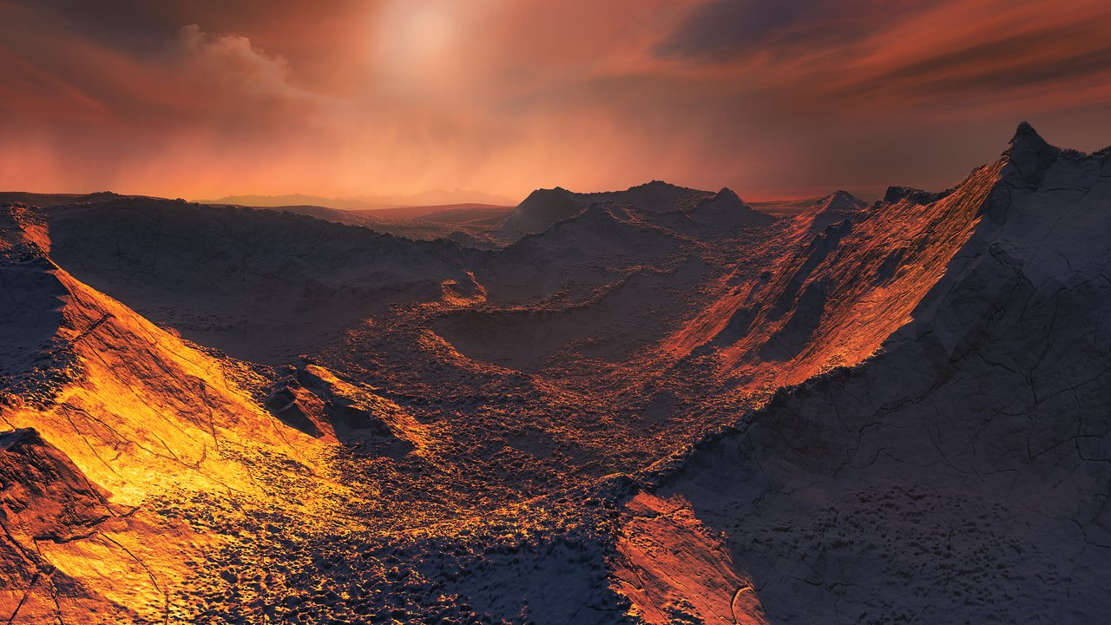 The Second-Closest Exoplanet to Earth discovered

The Second-Closest Exoplanet to Earth discovered 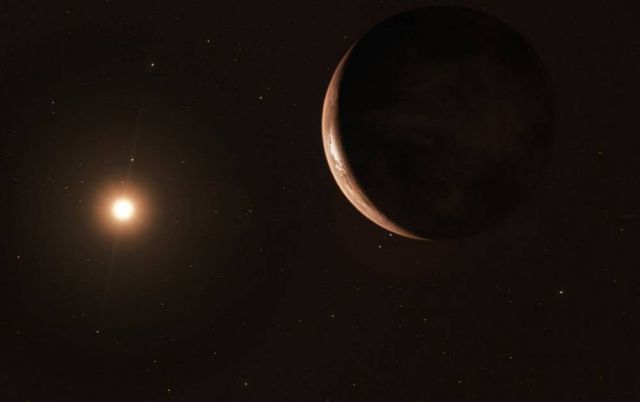 Scientists just discovered the second-closest exoplanet to Earth, orbiting Barnard’s star, one of the closest stars to the Sun.

The newly discovered planet at six light-years from our Sun, is the second-closest known exoplanet to the Earth.

Top image, an artist’s impression of the newly discovered exoplanet, with surface temperatures of around -150°C.

The nearest star system to our Sun, for comparison, is the three-star Alpha Centauri, which is about 4.2 light-years away from Earth.

The nearest single star to the Sun hosts an exoplanet at least 3.2 times as massive as Earth — a so-called super-Earth. One of the largest observing campaigns to date using data from a world-wide array of telescopes, including ESO’s planet-hunting HARPS instrument, have revealed this frozen, dimly lit world. 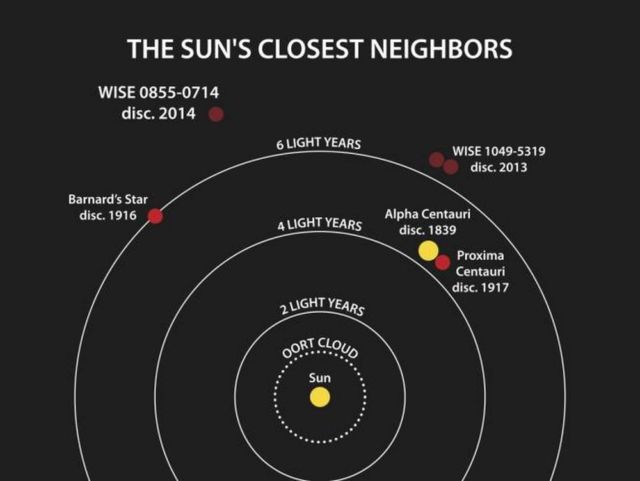 A planet has been detected orbiting Barnard’s Star, a mere 6 light-years away. This breakthrough — announced in a paper published today in the journal Nature — is a result of the Red Dots and CARMENES projects, whose search for local rocky planets has already uncovered a new world orbiting our nearest neighbour, Proxima Centauri.

The planet, designated Barnard’s Star b, now steps in as the second-closest known exoplanet to Earth. The gathered data indicate that the planet could be a super-Earth, having a mass at least 3.2 times that of the Earth, which orbits its host star in roughly 233 days. Barnard’s Star, the planet’s host star, is a red dwarf, a cool, low-mass star, which only dimly illuminates this newly-discovered world. Light from Barnard’s Star provides its planet with only 2% of the energy the Earth receives from the Sun. 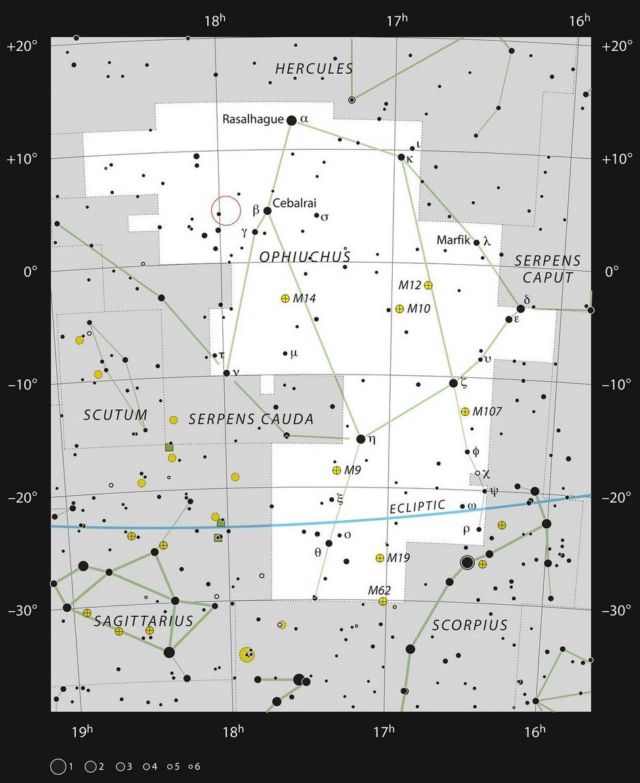 This chart shows the constellation of Ophiuchus (the Serpent-Bearer), which straddles the celestial equator. The chart shows the location of Barnard’s Star and marks most of the stars visible to the unaided eye on a clear dark night.