The Sharpest ever Image of the Sun’s Corona

Home/Posts/Astronomy, Space/The Sharpest ever Image of the Sun’s Corona
Previous Next

The Sharpest ever Image of the Sun’s Corona 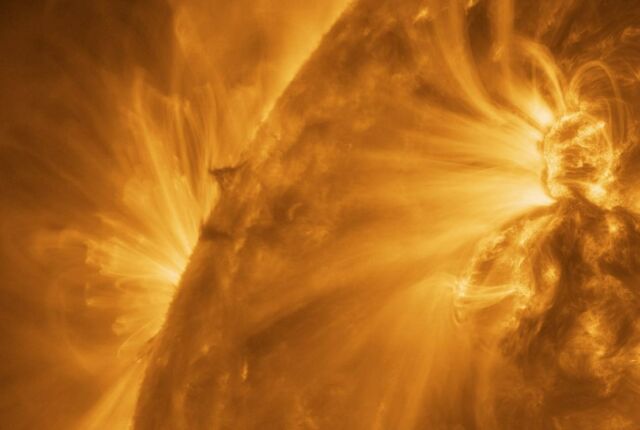 Solar Orbiter probe captured the sharpest ever image of the corona, 46 million miles from the Sun.

Solar Orbiter’s latest images shows the full Sun in unprecedented detail. They were taken on 7 March, when the spacecraft was crossing directly between the Earth and Sun.

The images were taken when Solar Orbiter was at a distance of roughly 75 million kilometres, half way between our world and its parent star. The high-resolution telescope of EUI takes pictures of such high spatial resolution that, at that close distance, a mosaic of 25 individual images is needed to cover the entire Sun. 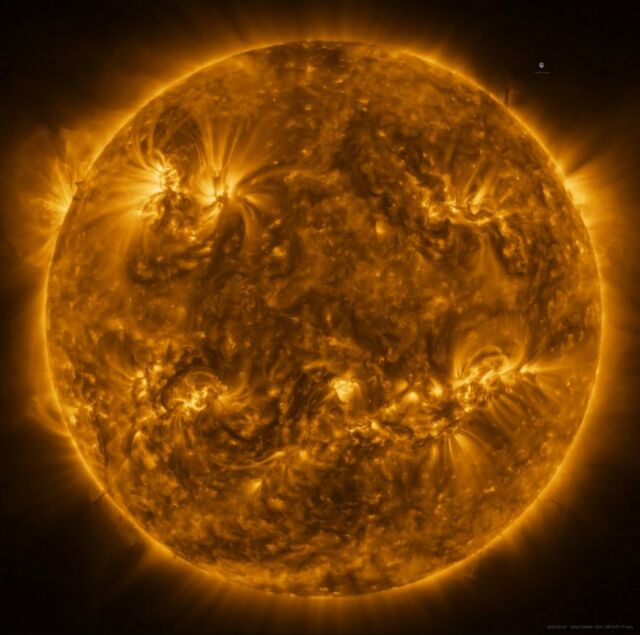 Taken one after the other, the full image was captured over a period of more than four hours because each tile takes about 10 minutes, including the time for the spacecraft to point from one segment to the next.

In total, the final image contains more than 83 million pixels in a 9148 x 9112 pixel grid. For comparison, this image has a resolution that is ten times better than what a 4K TV screen can display. 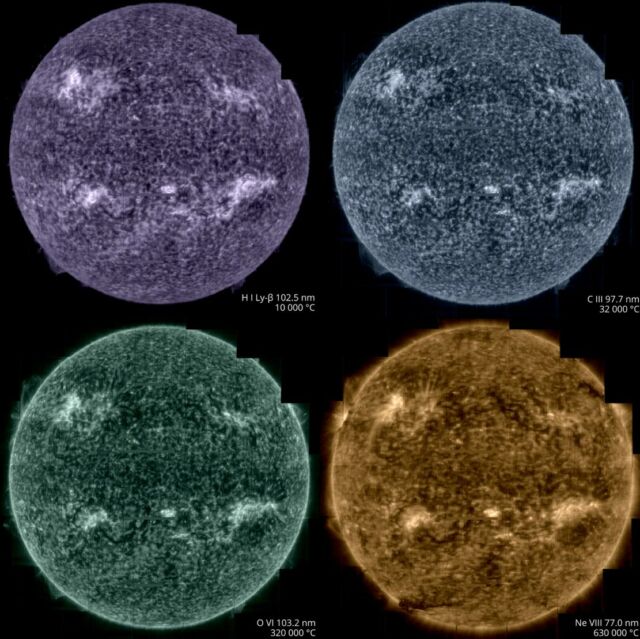