The Wave residential project in Vejle

The Wave residential project in Vejle 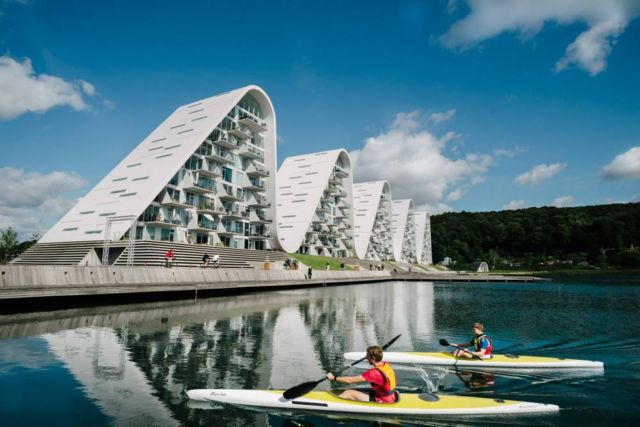 The Wave residential project is completed, on the Vejle Fjord in Denmark.

The Wave by Henning Larsen stands as an architectural embodiment of the surrounding landscape.

The town of Vejle has something that few other communities in Denmark enjoy: Hills. Rolling, forested hills rise from Vejle Fjord and stretch out into the surrounding countryside, a distinguished landscape that has long given character to the Jutlandish town. 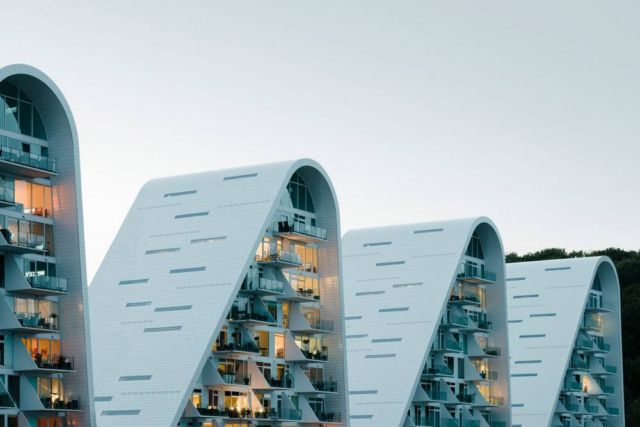 Our latest addition to the Vejle waterfront draws inspiration from the area’s unique landscape – The Wave is a built extension of natural surroundings, an architectural tribute to local identity.

Passing through town by rail or over the Vejle Fjord Bridge, The Wave’s five peaks stand out as a recognizable symbol of the city. The apartment building’s undulating form evokes the surrounding landscape, the waters of Vejle Fjord, or the rise of the fjord itself. Bringing over one hundred residences and a public pier to the Vejle waterfront, The Wave is an engine of revitalization, a magnet for activity and community. 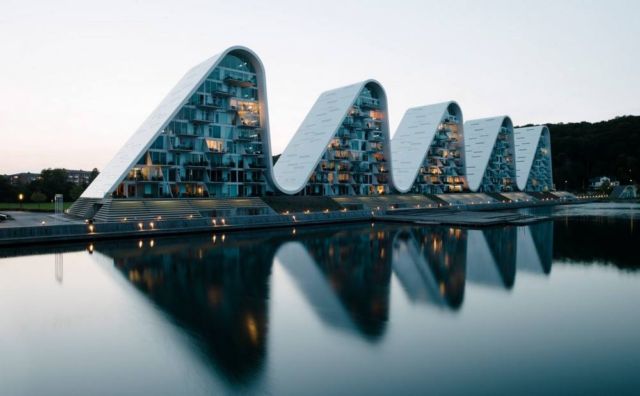 “The land surrounding Vejle is unique for its rolling hills, which are an uncommon sight in Denmark.

We designed the wave as a striking new presence on the Vejle skyline, one that reflects and embodies the surrounding area.” 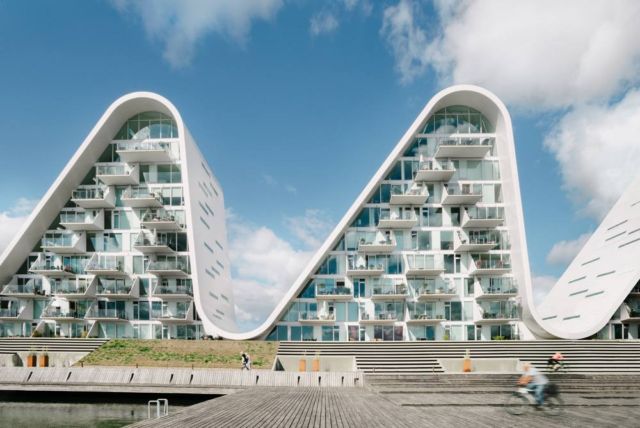 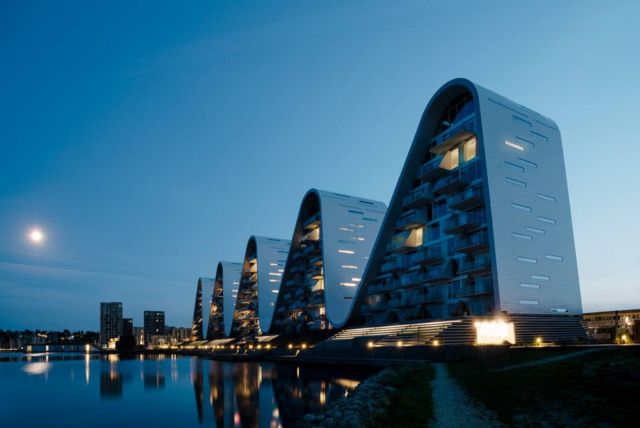