The Young Moon and the Bull’s Eye

The Young Moon and the Bull’s Eye 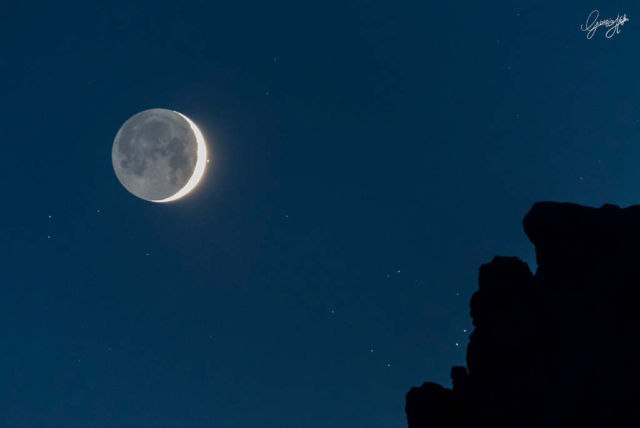 A dramatic lunar occultation of the familiar bright star, Aldebaran.

The lovely celestial pairing could be enjoyed around planet Earth, but from some locations the Moon was even seen to pass in front of Aldebaran.

Taken at nightfall on April 28, this skyscape captures Aldebaran shortly after it emerged from behind the bright lunar limb. In the foreground are craggy peaks of the Dolomite mountains near Laggio di Cadore, Italy. Before reappearing beyond the sunlit crescent, Aldebaran first winked out behind the Moon’s ashen glow, the lunar nightside faintly illuminated by earthshine.