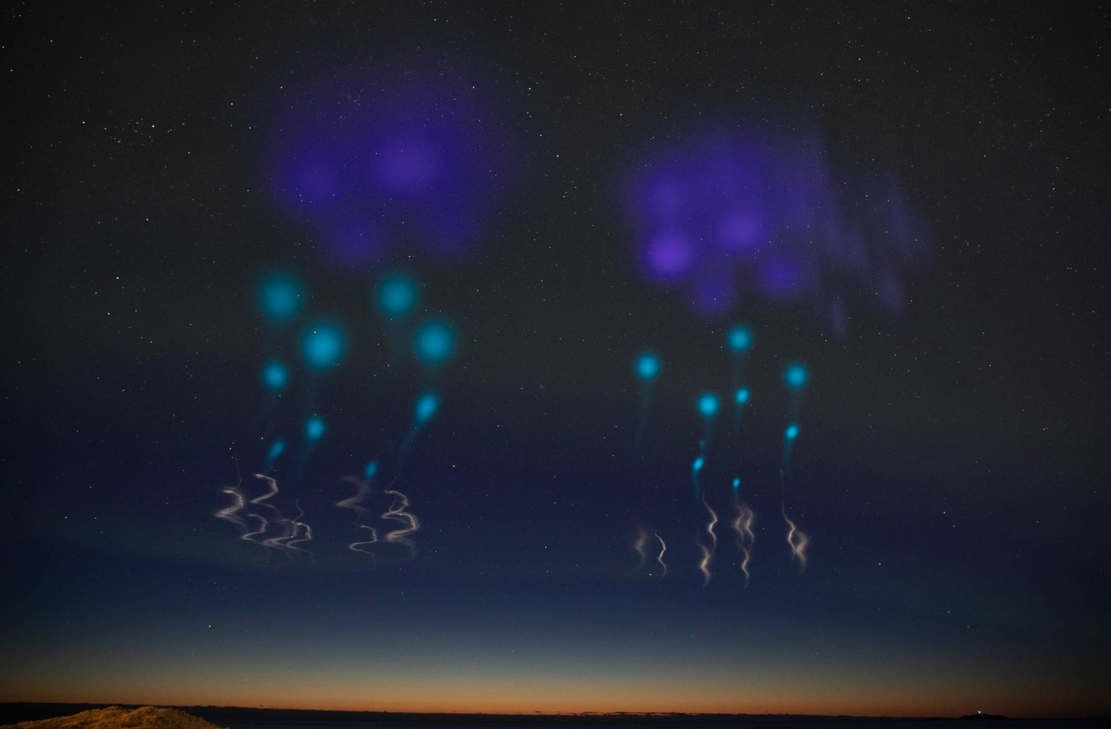 These Alien Clouds created to study our Atmosphere

These Alien Clouds created to study our Atmosphere 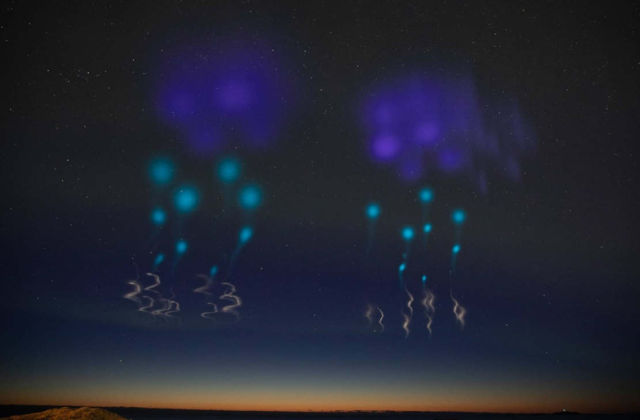 These colorful clouds created a light show in the sky, helping researchers track the flow of neutral and charged particles in Earth’s ionosphere.

The Auroral Zone Upwelling Rocket Experiment or AZURE mission was successfully conducted April 5 from the Andøya Space Center in Norway.

Above: No, not aliens—just NASA.  Credit NASA Wallops

The first Black Brant XI sounding rocket was launched at 6:14 p.m. EDT and flew to an altitude of 200 miles, followed by the launch of the second Black Brant XI at 6:16 p.m. EDT flying to an altitude of 202 miles. The initial assessment from the field showed that the rockets were launched into a good science event and ground based photos/data of the vapor releases were obtained from at least two locations. Preliminary reports state that the scientist for the mission were very pleased with the results.