This is how Human Sperm really swim

This is how Human Sperm really swim 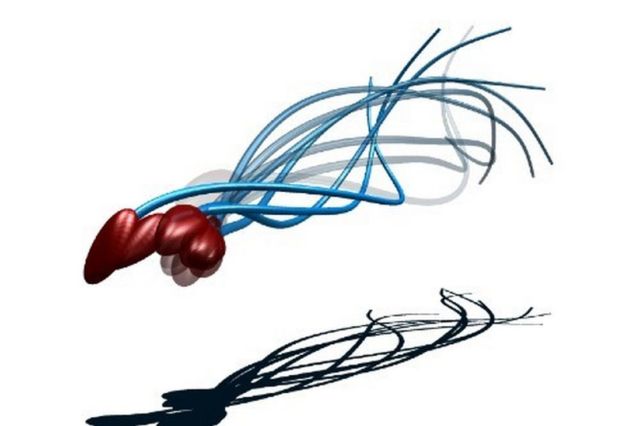 A breakthrough in fertility science by researchers from Bristol and Mexico has shattered the universally accepted view of how sperm ‘swim’.

Above: The sperm tail moves very rapidly in 3D, not from side-to-side in 2D as it was believed. Credit polymaths-lab.com

In the 17th century, Antonie van Leeuwenhoek used one of the earliest microscopes to see how sperm swim. He described the sperm as a “living animalcule” with a “tail, which, when swimming, lashes with a snakelike movement, like eels in water”.

Strikingly, this perception of how sperm moves has not changed since. Indeed, anyone today with a modern microscope would make the same observation: sperm swim forward by wiggling their tail symmetrically side-to-side.

Our new research using 3D microscopy shows that we have all been victims of a sperm deception, an illusion. Only now we can see that for 350 years we have been wrong about how sperm actually swims. Sperm ingeniously solved a mathematical puzzle at a microscopic scale: they create symmetry out of asymmetry. H. Gadêlha, P. Hernández-Herrera, F. Montoya, A. Darszon, G. Corkidi, Human sperm uses asymmetric and anisotropic flagellar controls to regulate swimming symmetry and cell steering. Sci. Adv. 6, eaba5168 (2020). 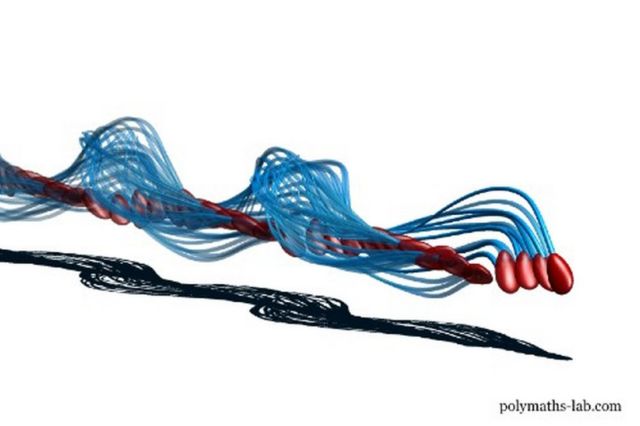 Sperm tail moves like a precessing spinning top that cancels out the one-sided swimming stroke in an ingenious corkscrew motion: Symmetry is achieved through asymmetry, enabling human sperm to swim forwards. Credit polymaths-lab.com