Thumbs Up from outer Space

Home/Posts/TECHNOLOGY/Space/Thumbs Up from outer Space
Previous Next

Thumbs Up from outer Space 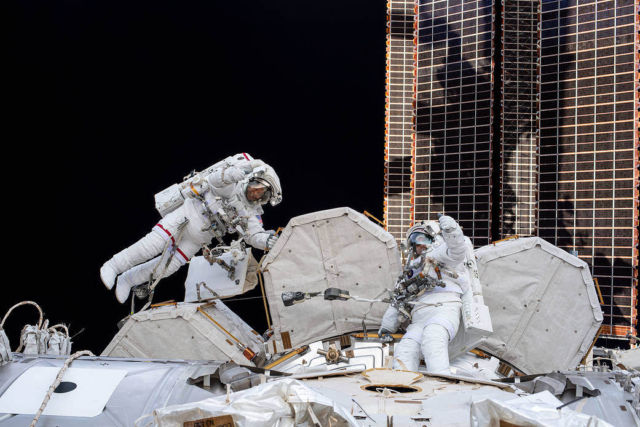 In this image from July 2020, NASA spacewalkers (from left) Bob Behnken and Chris Cassidy give a thumbs up during a spacewalk to install hardware and upgrade International Space Station systems.

They were photographed by the crew from inside the cupola, the orbiting lab’s “window to the world.”

Behnken arrived on the station as a member of the Demo-2 crew. The Demo-2 mission was the first launch with astronauts of the SpaceX Crew Dragon spacecraft and Falcon 9 rocket to the International Space Station as part of the agency’s Commercial Crew Program. Cassidy is the Expedition 63 commander.