Tidal lagoon energy in the UK

Tidal lagoon energy in the UK 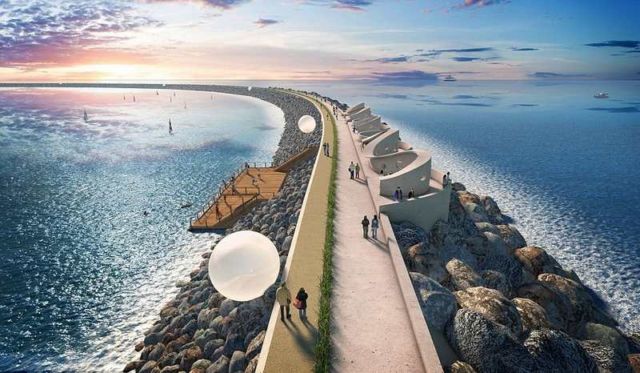 Tidal lagoon energy is on its way in the UK, with a $1.6bn project.

Tidal Lagoon Power wants to secure subsidies for the £1.3bn – $1.6bn ‘world first’ Swansea Bay project. A project to provide renewable energy for 120,000 homes in Swansea, Wales, for the next 120 years.

As the pathfinder, Swansea Bay Tidal Lagoon will unlock a new global industry that will be born in Swansea Bay and bred across the UK.

Tidal Lagoon Power launches ‘Ours to Own’, a report on the scale of the British industrial opportunity as presented by tidal lagoons, available here. 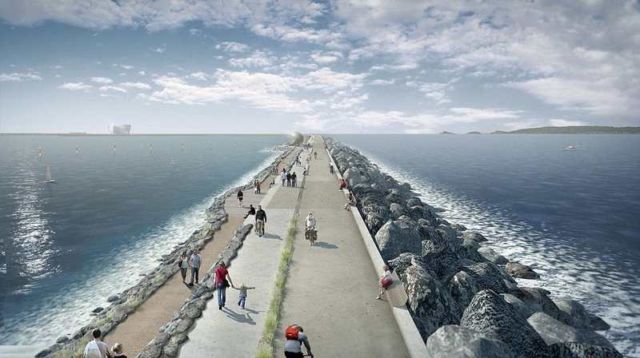 There are at least nine different sites of considerable interest within these two zones. Under a conservative appraisal of engineering constraints, power generation potential and commercial viability. The development of tidal lagoon power plants in these two zones can deliver an estimated 25,000MW of new electricity generation capacity.
This is approximately 12% of the UK’s annual electricity demand for over a century. Further opportunity may exist elsewhere in UK waters.

Ours to Own sets out how Britain’s first mover advantage in the production of major components for tidal lagoon turbines, generators and turbine housings at Swansea Bay can be sustained and grown as the tidal lagoon sector scales in the UK and worldwide.

“When we pay our electricity bills, we are mostly supporting other countries’ energy industries and other countries’ workers.  It doesn’t have to be that way. Tidal lagoons will generate electrons that work for Britain and bring down bills.

The Hendry Review has set the final piece of the jigsaw in place: a watershed moment for British energy, British manufacturing, British productivity and our coastal communities.  We look forward to working with Ministers and Officials to bring this new industry to life.”