Touching Down on Asteroid Bennu

Home/Posts/TECHNOLOGY/Space/Touching Down on Asteroid Bennu
Previous Next

Touching Down on Asteroid Bennu 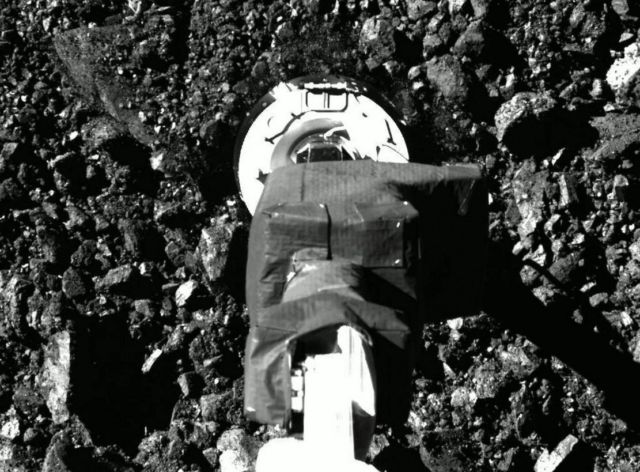 After a careful approach, the OSIRIS-REx spacecraft‘s arm reached out and touched asteroid Bennu, on October 20,

Dubbed a Touch-And-Go (TAG) sampling event, the 30 centimeter wide sampling head (TAGSAM) appears to crush some of the rocks in this snapshot. 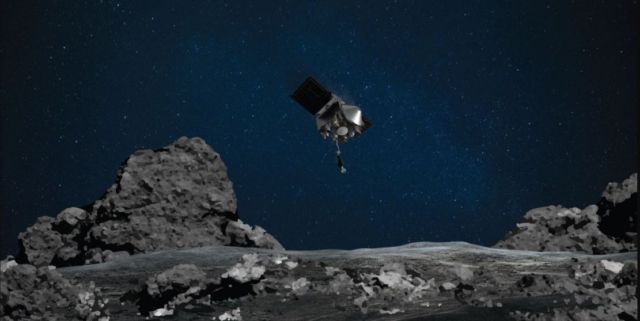 Bennu, a well-preserved, ancient asteroid, is currently more than 200 million miles (321 million kilometers) from Earth and offers scientists a window into the early solar system as it was first taking shape billions of years ago and flinging ingredients that could have helped seed life on Earth. 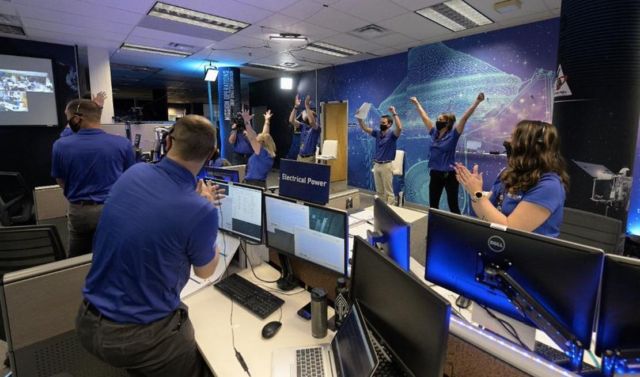 At 1:50 p.m. EDT, OSIRIS-REx fired its thrusters to nudge itself out of orbit around Bennu. It extended the shoulder, then elbow, then wrist of its 11-foot (3.35-meter) sampling arm, known as the Touch-And-Go Sample Acquisition Mechanism (TAGSAM), and transited across Bennu while descending about a half-mile (805 meters) toward the surface. After a four-hour descent, at an altitude of approximately 410 feet (125 meters), the spacecraft executed the “Checkpoint” burn, the first of two maneuvers to allow it to precisely target the sample collection site, known as “Nightingale.” 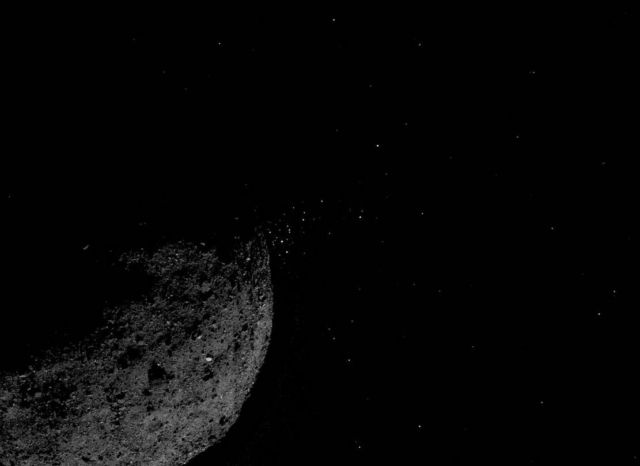