Transforming Rover to explore the Toughest Terrain on Mars

Transforming Rover to explore the Toughest Terrain on Mars 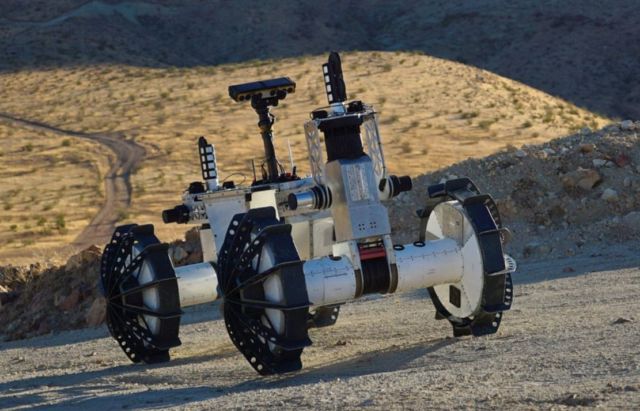 DuAxel is a NASA prototype transforming rover to explore the toughest terrain on Mars.

A flexible rover that has both ability to travel long distances and rappel down hard-to-reach areas of scientific interest has undergone a field test in the Mojave Desert in California to showcase its versatility. Composed of two Axel robots, DuAxel is designed to explore crater walls, pits, scarps, vents and other extreme terrain on the moon, Mars and beyond.

This technology demonstration developed at NASA’s Jet Propulsion Laboratory in Southern California showcases the robot’s ability to split in two and send one of its halves — a two-wheeled Axle robot — over an otherwise inaccessible slope, using a tether as support and to supply power. 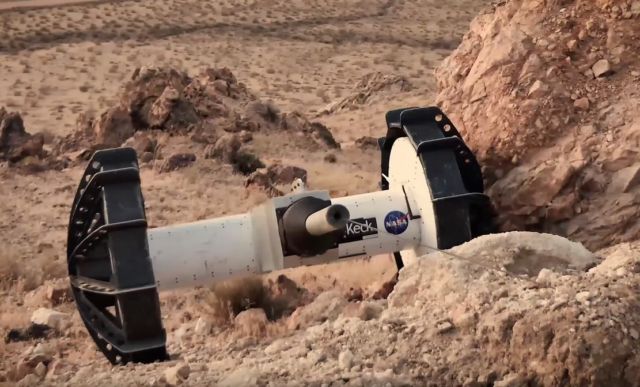 The rappelling Axel can then autonomously seek out areas to study, safely overcome slopes and rocky obstacles, and then return to dock with its other half before driving to another destination. Although the rover doesn’t yet have a mission, key technologies are being developed that might, one day, help us explore the rocky planets and moons throughout the solar system. 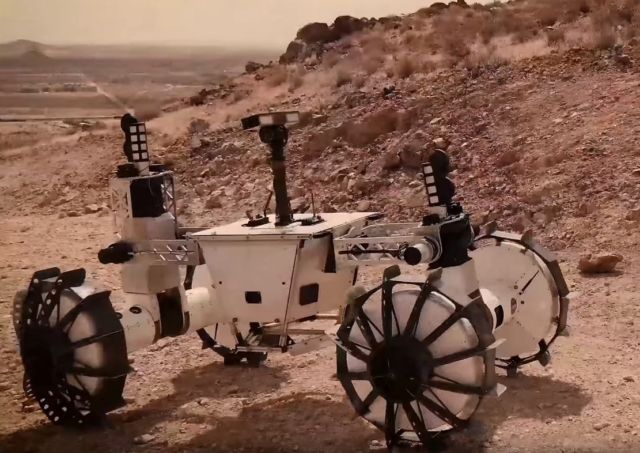