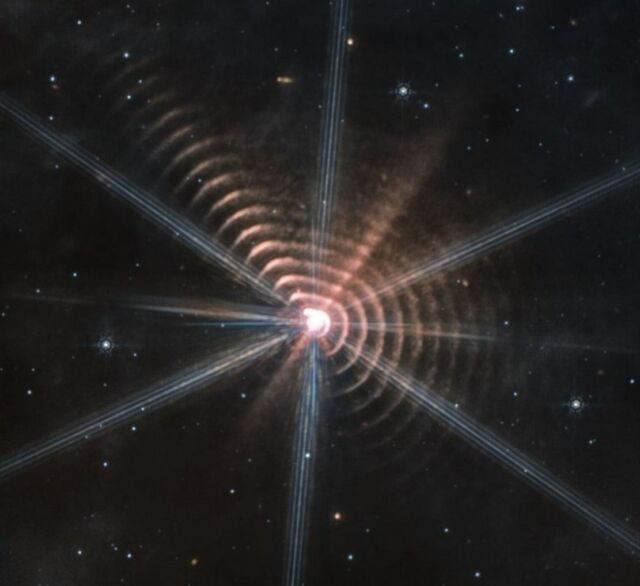 A new image from the Webb Space Telescope shows at least 17 dust rings created by a rare type of star and its companion locked in a celestial dance.

Located just over 5,000 light-years from Earth, the duo is collectively known as Wolf-Rayet 140.

Each ring was created when the two stars came close together and their stellar winds (streams of gas they blow into space) met, compressing the gas and forming dust. The stars’ orbits bring them together about once every eight years; like the growth of rings of a tree’s trunk, the dust loops mark the passage of time.

Ryan Lau, an astronomer at NSF’s NOIRLab and lead author of a new study about the system, said:

“We’re looking at over a century of dust production from this system. The image also illustrates just how sensitive this telescope is. Before, we were only able to see two dust rings, using ground-based telescopes. Now we see at least 17 of them.”