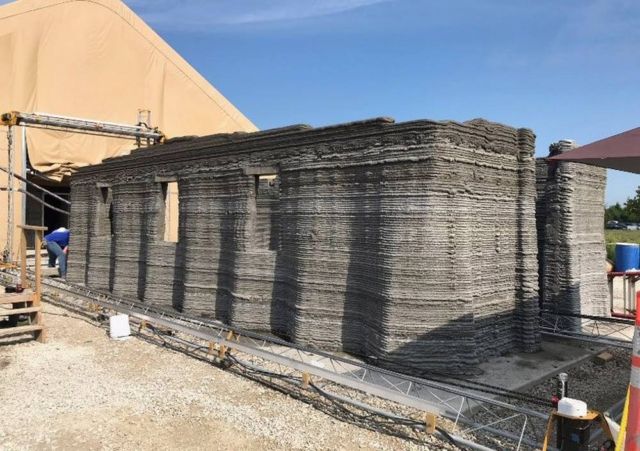 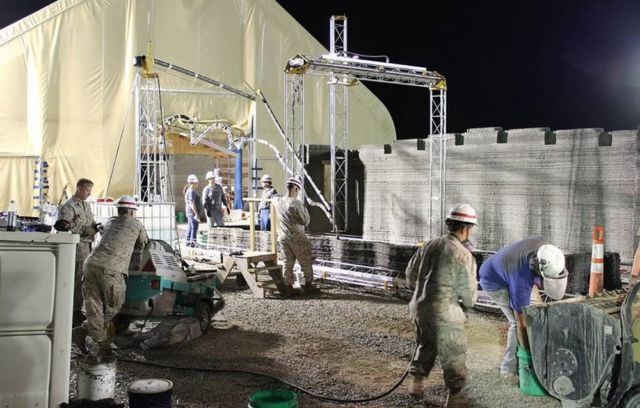 Marines from I Marine Expeditionary Force learn how to operate the world’s largest concrete 3D printer as it constructs a 500-square-foot barracks hut at the U.S. Army Engineer Research and Development Center in Champaign, Illinois. Marine Corps Systems Command conducted the field user evaluation in mid-August to inform future requirements for cutting-edge technology and autonomous systems. 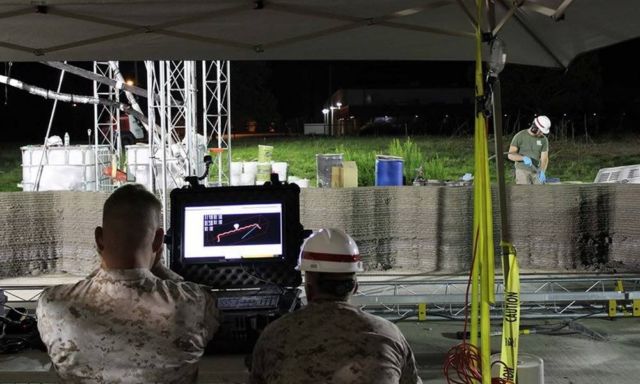 “This exercise had never been done before. People have printed buildings and large structures, but they haven’t done it onsite and all at once. This is the first-in-the-world, onsite continuous concrete print.”