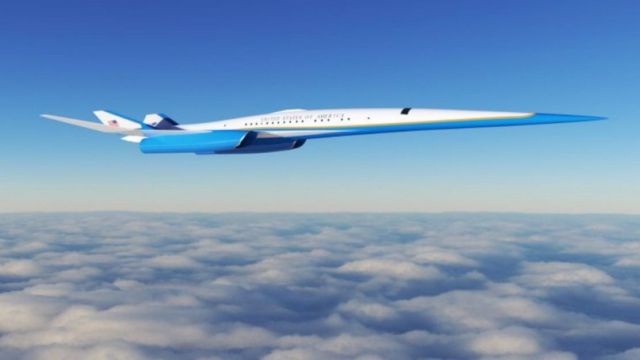 The Exosonic “low-boom” supersonic jet, will have 5,000 nautical mile range and a speed of Mach 1.8 (1,380 mph), will not replace the Air Force One, but would be available for special government missions. 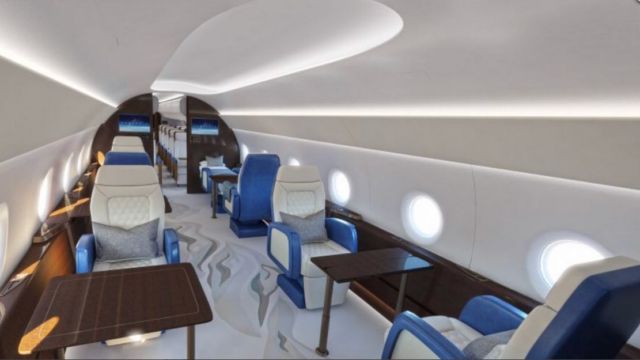 The company is developing a new standard for travel with a low-boom supersonic jet capable of cruising at Mach 1.8 overland and comfortably carrying 70 passengers.

It will enable supersonic travel at prices comparable to a business class ticket today. 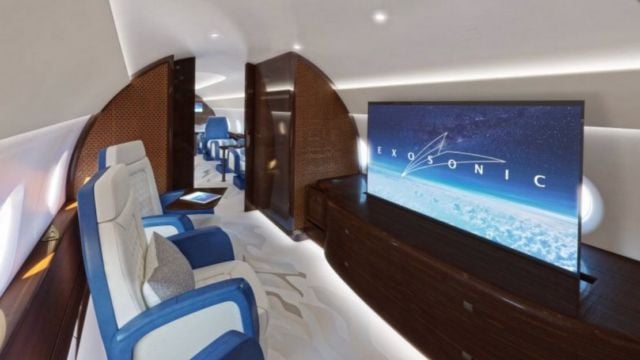 “We believe that progress in speed does not require sacrificing the environment. We are actively working to ensure that a world with supersonic aviation is also friendly to those on the ground. This means developing an aircraft that runs on sustainable fuels, and a company that is conscious of its environmental footprint.”