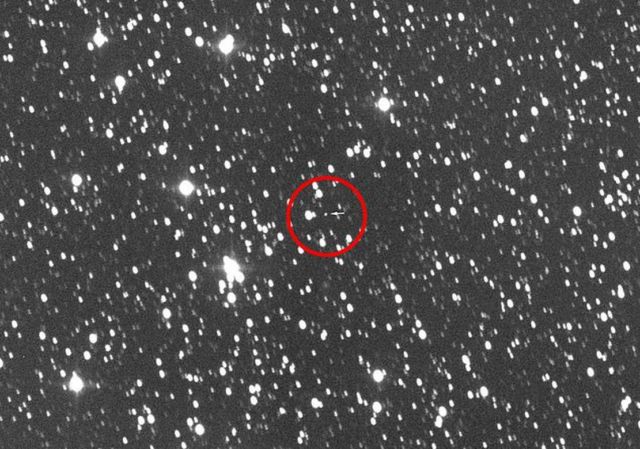 The James Webb Space Telescope has reached the L2 point 1.4 million km from us and scientists imaged it. 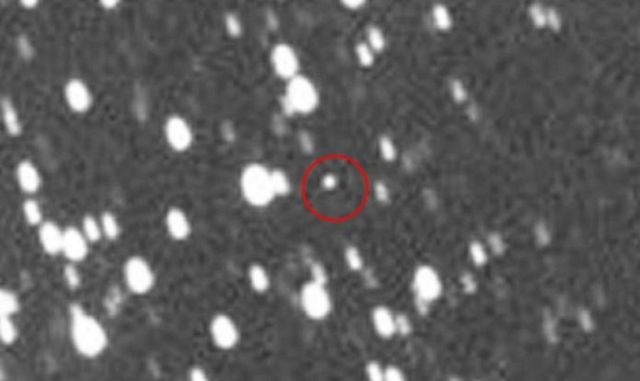 The robotic telescope tracked the apparent motion of the James Webb Space Telescope (JWST), which is marked by an arrow in the center.

At the imaging time, JWST was at about 1.4 millions km from us and it just reached its final destination, the L2 (2nd) Lagrangian point of the Earth-Sun system. As seen from the Sun, that L2 point is directly behind the Earth. 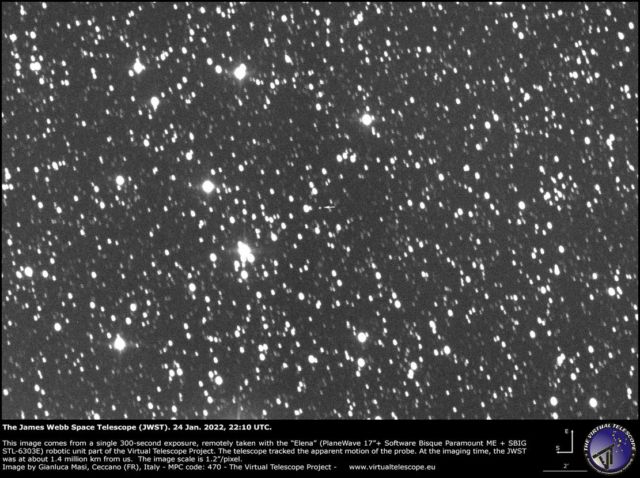 “We also did this short animation, where the JWST apparent motion against the stars in well visible.” 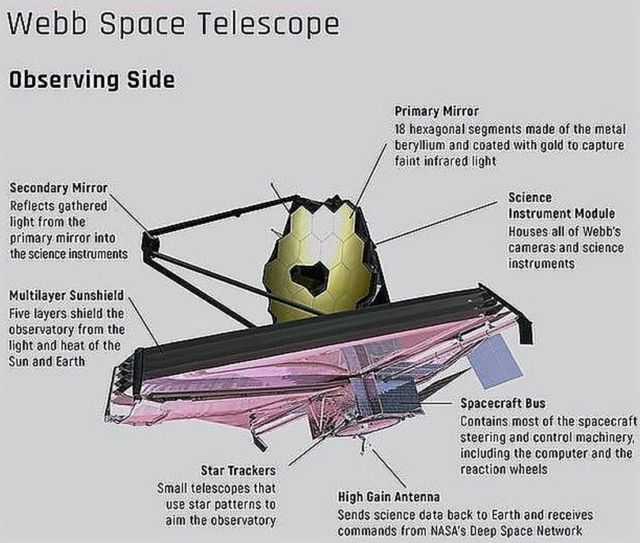