Webb NIRCam composite image of Jupiter from three filters – F360M (red), F212N (yellow-green), and F150W2 (cyan) – and alignment due to the planet’s rotation. 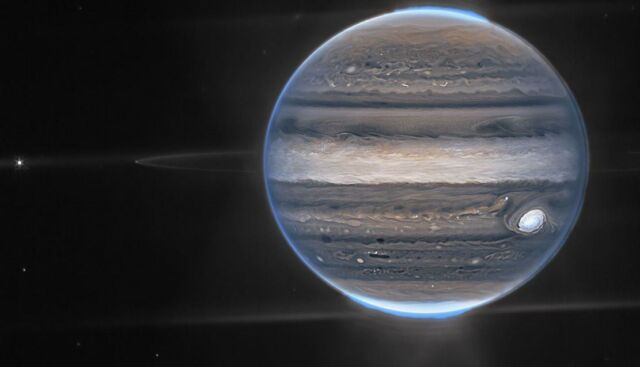 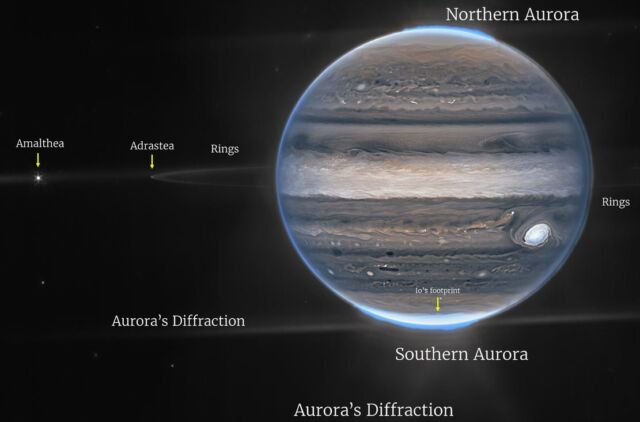 “We hadn’t really expected it to be this good, to be honest,” said planetary astronomer Imke de Pater, professor emerita of the University of California, Berkeley. De Pater led the observations of Jupiter with Thierry Fouchet, a professor at the Paris Observatory, as part of an international collaboration for Webb’s Early Release Science program. Webb itself is an international mission led by NASA with its partners ESA (European Space Agency) and CSA (Canadian Space Agency). “It’s really remarkable that we can see details on Jupiter together with its rings, tiny satellites, and even galaxies in one image,” she said.