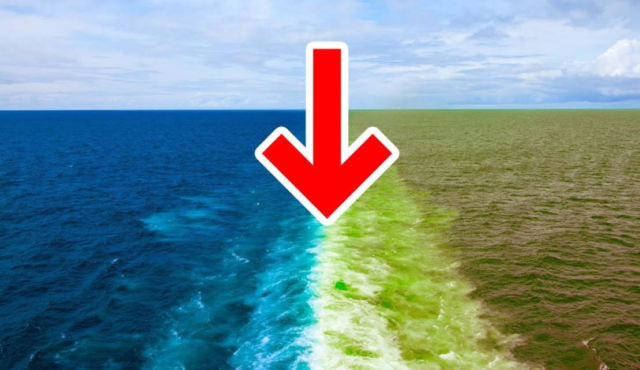 The border between the Pacific and Atlantic oceans is like a line between 2 worlds. It looks as if the two oceans meet at an invisible wall which does not let them flow into each other and mix their waters.

Why on Earth does it happen? We know for sure there is no invisible wall inside, and water is water. So what could interfere with its mixing?

When you look at the seas and oceans on the map you might think that they just flow into each other. It seems like there’s only one big ocean, and people just gave different names to its parts. Well, you’ll be amazed at how vivid the borders between them are!