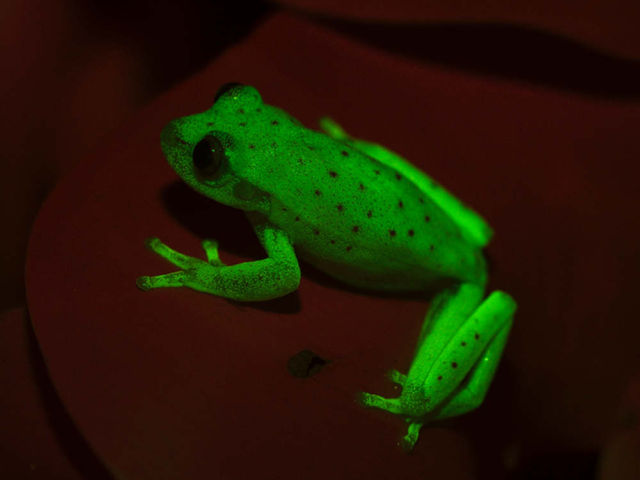 The very rare South American polka-dot tree frog, that under UV light it glows bright green, has been discovered.

The discovery made by accident by researchers at the Bernardino Rivadavia Natural Sciences Museum in Buenos Aires, while studying the pigment of polka-dot tree frogs

They found it by shining an ultraviolet light and observing his glow.

They published their results in Proceedings of the National Academy of Sciences:

“This phenomenon is uncommon in tetrapods, being restricted mostly to parrots and marine turtles. We report fluorescence in amphibians, in the tree frog Hypsiboas punctatus, showing that fluorescence in living frogs is produced by a combination of lymph and glandular emission, with pigmentary cell filtering in the skin.”