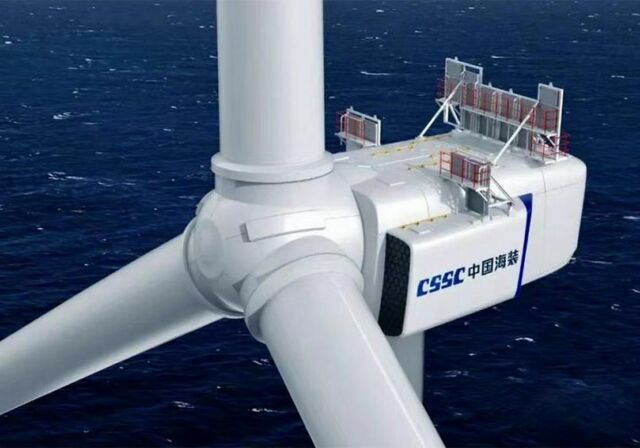 CSSC Haizhuang H260-18MW offshore turbine will rise out of the sea higher than a 70-story building. Each of its three blades extends 128 m (420 ft).

The company says its “new offshore turbine can generate more than 74 million kilowatt hours of electricity every year, delivering enough annual power for 40,000 households for a year.” 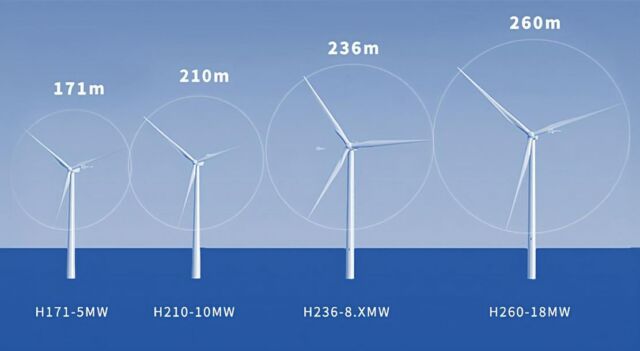