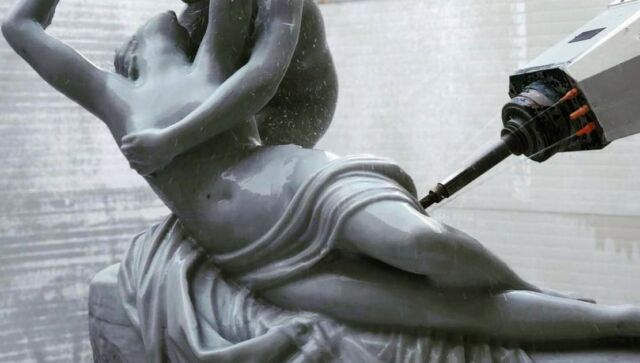 Robotor founder Giacomo Massari believes his robot-created marble statues are nearly as good as those made by humans.

Robotor-One by Robotor has created the marble replica of Canova’s Terpsichore for the museum of Vetulonia starting from a 3D scan of the original work. Less than a week to deliver a sculpture 177cm high, finished, and ready for the exhibition.

Co-founders Filippo Tincolini and Giacomo Massari believe that manually working on marble sculptures with their robot chisel technology can be made easier. 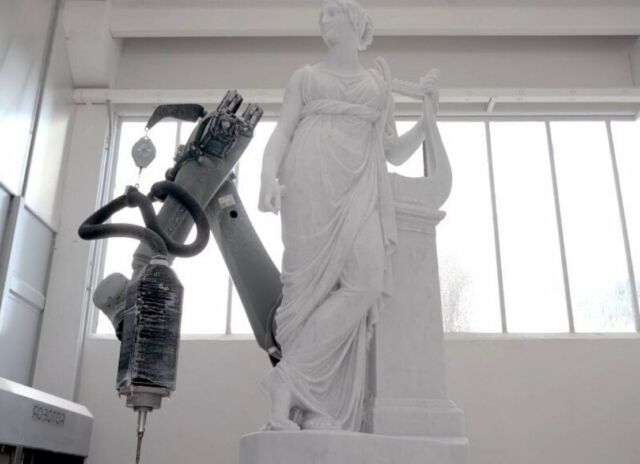 According to the company:

“The quarried material can now be transformed, even in extreme conditions, into complex works in a way that was once considered unimaginable. We are entering a new era of sculpture, which no longer consists of broken stones, chisels, and dust, but of scanning, point clouds, and design.”