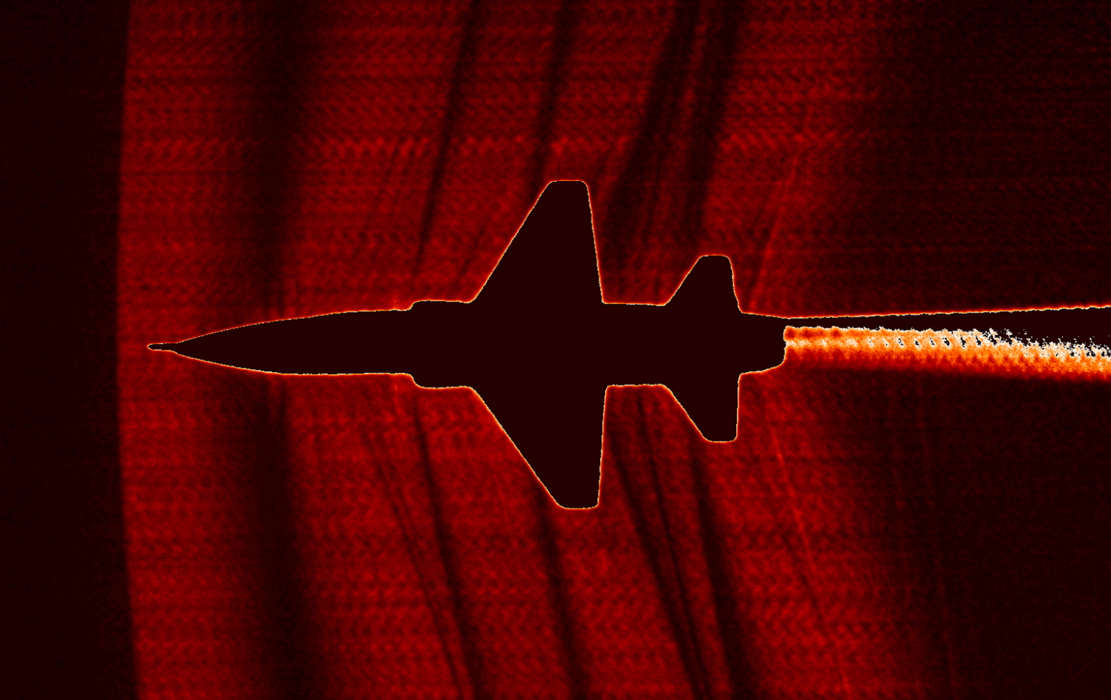 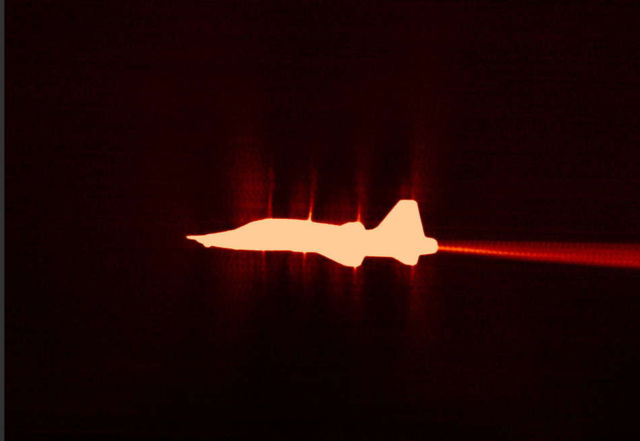 NASA is a step closer to being able to visually capture the shock-waves of future Low Boom Flight Demonstration aircraft, or LBFD.

When NASA’s next X-plane takes to the skies, it will produce some pretty cool images.

In this schlieren image, an Air Force Test Pilot School T-38 is shown in a transonic state, meaning the aircraft is transitioning from a subsonic speed to supersonic. Above and beneath the aircraft, shockwaves are seen starting to form. These shockwaves propagate away from the aircraft and are heard on the ground as a sonic boom. NASA researchers use this imagery to study these shockwaves as part of the effort to make sonic booms quieter, which may open the future to possible supersonic flight over land.