One of the world’s leading centres of e-commerce, Hangzhou is home to many of China’s largest technology companies which attract IT professionals and entrepreneurs from across the country to live and work in the city. 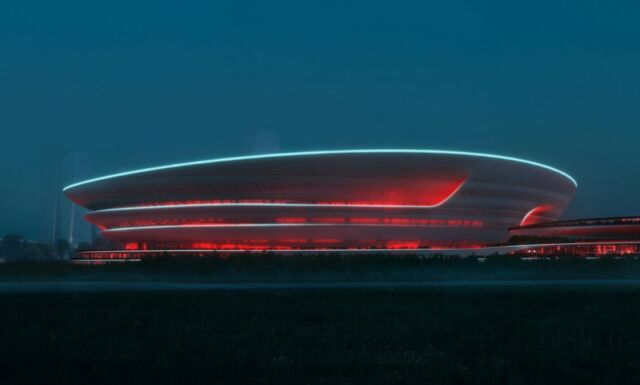 Accommodating Hangzhou’s growing population, the International Sports Centre’s design provides a variety of facilities for grassroots players to professional athletes. The compact design of each venue, together with their orientation and composition, allows almost half of the site to be transformed into new public spaces for the city. Integral to the district’s urban plan and the natural landscapes along the riverbank, the centre incorporates new parks and gathering places for events, recreation and relaxation. 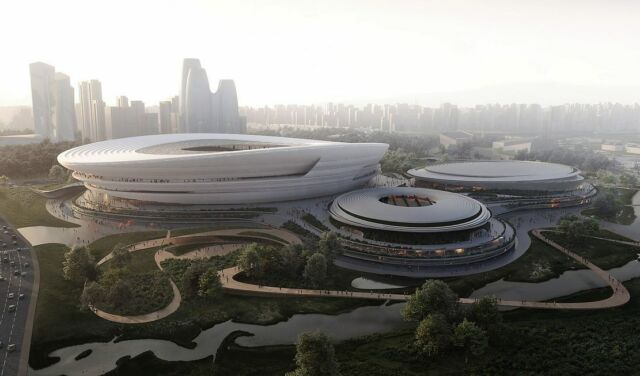 As the largest venue within the centre, the 135,000 sq.m football stadium is situated on the eastern side of the new park to face the city. Located to the west and south of the stadium, the indoor arena and aquatics centre are connected to the stadium by the centre’s layered podium that weaves through the site. 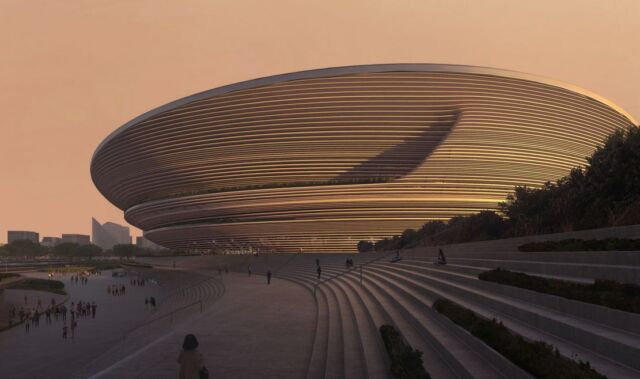 Informed by the terracing of the tea farms on Hangzhou’s surrounding hillsides, the striated 45,000 sq.m podium houses the sports centre’s ancillary facilities that are shared between the venues including training and fitness halls, locker rooms, offices as well as shops, restaurants and cafes overlooking the podium’s courtyard and terraces. 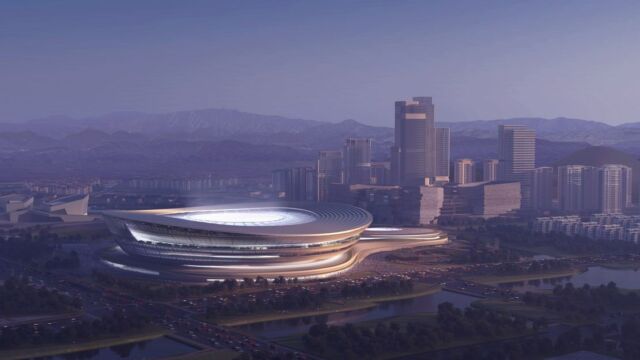 Unlike the solid façades of most stadiums, the façade of the Hangzhou International Sports Centre’ stadium is open to the exterior with louvres sheltering terraces that host a variety of food and beverage outlets offering panoramic views across the city. 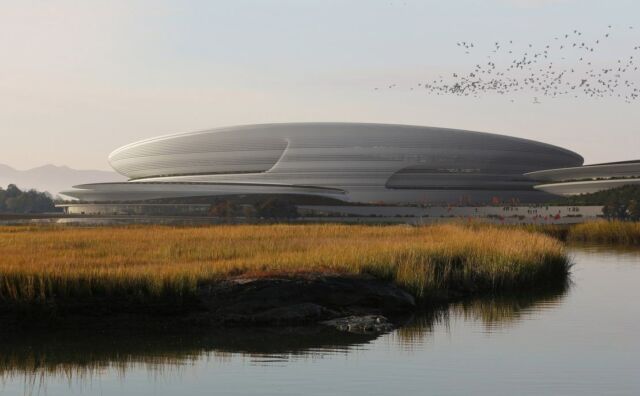 Designed to FIFA standards, the stadium’s seating bowl is configured to bring spectators as close as possible to the field of play and ensure excellent, unrestricted views from every seat; creating an intense matchday atmosphere for players on the pitch and fans seated throughout the stadium. These programmatic requirements define geometries that are expressed as undulations within the louvred façade. 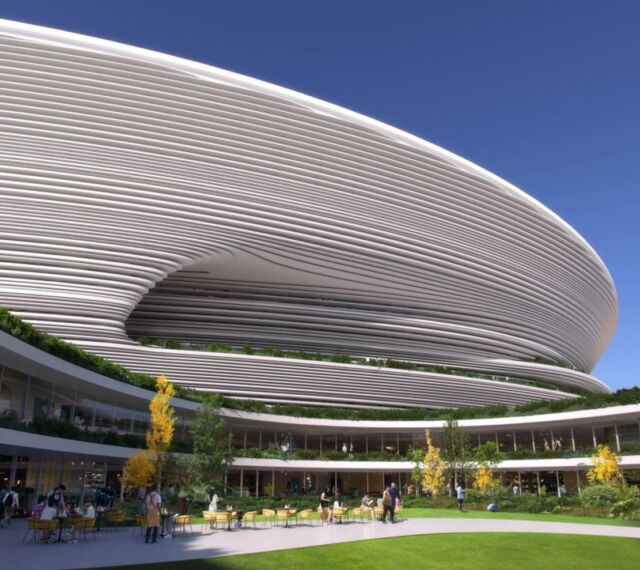 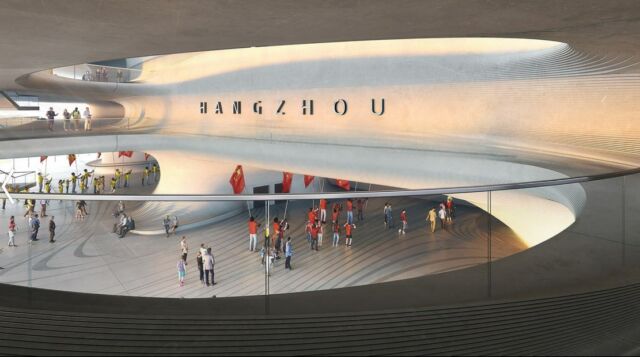