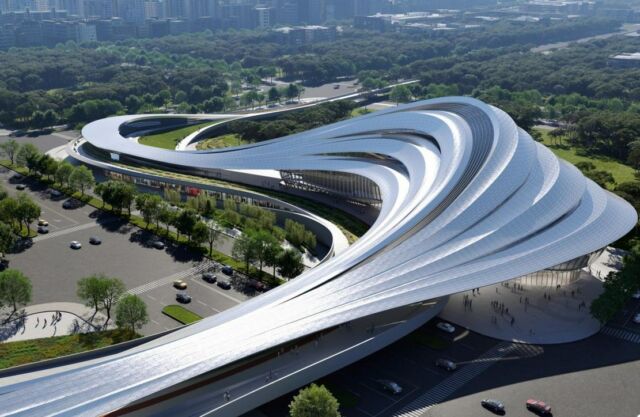 Zaha Hadid Architects (ZHA) is the winner of the competition to design the impressive Jinghe New City Culture & Art Centre.

Jinghe New City is growing as a science and technology hub north of Xi’an in China’s Shaanxi province. Supported by new scientific research institutes and driven by environmental considerations, the city is becoming a centre for developing industries focusing on new energy and materials, artificial intelligence and aerospace.

Echoing the meandering valleys carved by the Jinghe River through the mountains and landscapes of Shaanxi province, the Jinghe New City Culture & Art Centre is located within the Jinghe Bay Academician Science & Technology Innovation district of the city. 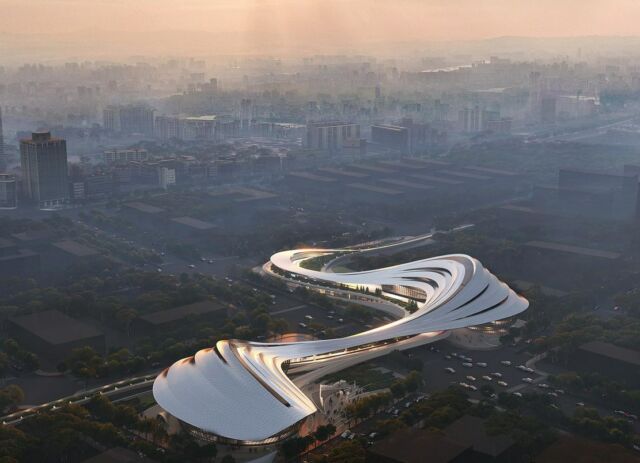 The centres design intertwines with the city’s existing urban masterplan to connect the new multimedia library to the north of Jinghe Avenue with the new performing arts theatre, multi-function halls, studios and exhibition galleries to the south via elevated courtyards, gardens and paths that span the avenues eight lanes of traffic below. 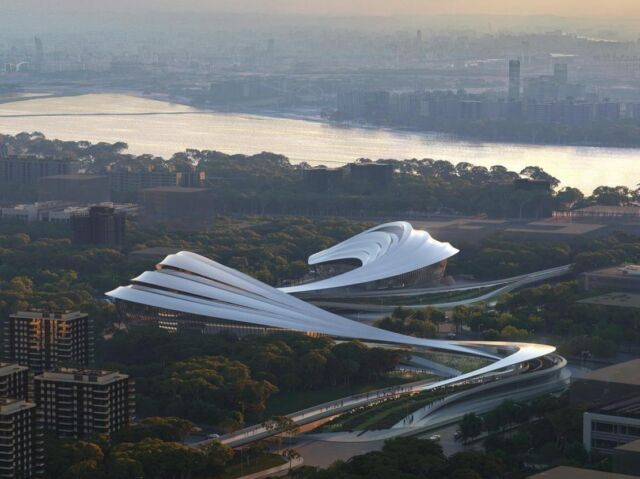 With gently sloping ramps providing a gateway to the district’s network of elevated public walkways, the centre weaves through the city to link its commercial and residential districts with the parks and river to the south, while also bringing the city’s residents into the heart of the building and providing direct access to the planned metro station. 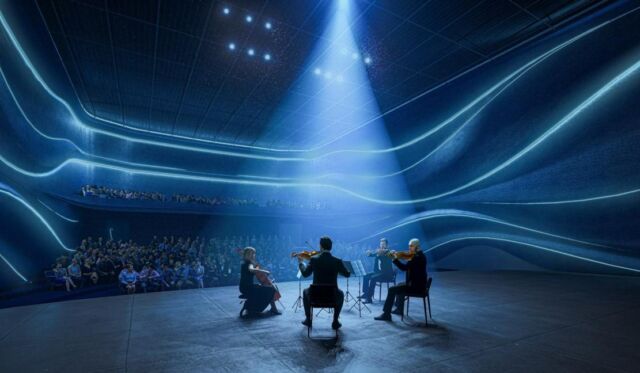