Zooming to the Center of the Milky Way

Zooming to the Center of the Milky Way 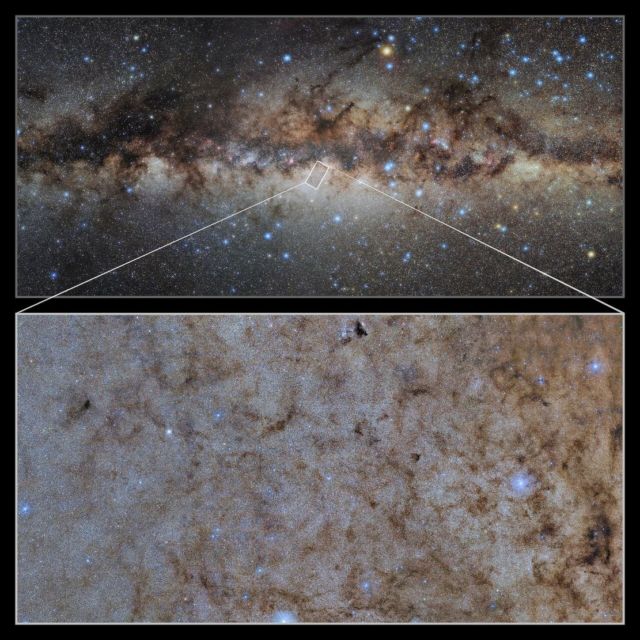 This video zooms into a view of the center of our Milky Way galaxy, and ends on a new photo obtained by the Dark Energy Camera (DECam)…

…at the Cerro Tololo Inter-American Observatory in Chile, a Program of NSF’s NOIRLab. The DECam image covers around 4 x 2 degrees (an area about 8 times as wide as the full Moon).

For the first time, over 250 million stars in our galaxy’s bulge have been surveyed in near-ultraviolet, optical, and near-infrared light, opening the door for astronomers to reexamine key questions about the Milky Way’s formation and history. Using ultraviolet data, and with 450,000 individual images, the team was able to measure the chemical composition of tens of thousands of stars spanning a large area of the bulge. The vast dataset can be explored in spectacular detail in this image.

The mysteries of the Milky Way are revealed in spectacular detail, thanks to the efforts of a team of astronomers who have observed 250 million stars in the bulge at the heart of the Milky Way using the Dark Energy Camera (DECam). DECam, primarily funded by the U.S. Department of Energy, is mounted on the Víctor M.Blanco 4-meter Telescope at the Cerro Tololo Inter-American Observatory (CTIO) in Chile, a program of NSF’s NOIRLab. By detecting the ultraviolet light from stars in the bulge known as Red Clump stars, they were able to analyze the chemical composition of over 70,000 stars over an area of sky 1,000 times as large as the full Moon (an area larger than 20 x 10 degrees stretching over the constellations Sagittarius and Scorpius). 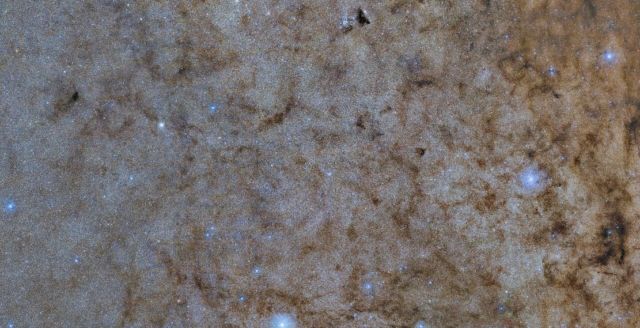 The data are hosted and served to the community by NOIRLab’s Community Science and Data Center (CSDC), also a program of NSF’s NOIRLab, which handled the more than 7,000 DECam exposures, comprising more than 3.5 trillion pixels. A color-composite showing a main part of these data is shown in this image, and can be explored in all its whopping 50,000 x 25,000 pixels in this zoomable version.