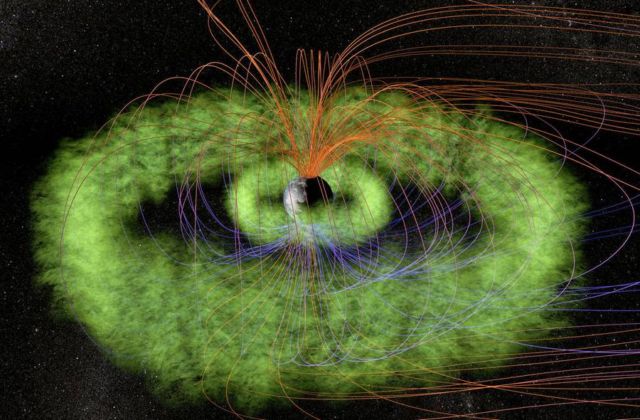 A student satellite solved a 60-year-old major space mystery, regarding the source of some energetic and potentially damaging particles in Earth‘s radiation belts. The team showed, during a process called “cosmic ray albedo neutron decay” (CRAND), cosmic rays entering Earth’s atmosphere collide with neutral atoms, creating a “splash,” which produces charged particles, including electrons, that become trapped by Earth’s magnetic fields. The findings have implications for understanding and better forecasting the arrival of energetic electrons in near-Earth space, which can damage satellites and threaten the health of space-walking astronauts, said Li.

“We are reporting the first direct detection of these energetic electrons near the inner edge of Earth’s radiation belt. We have finally solved a six-decade-long mystery.”

source University of Colorado at Boulder